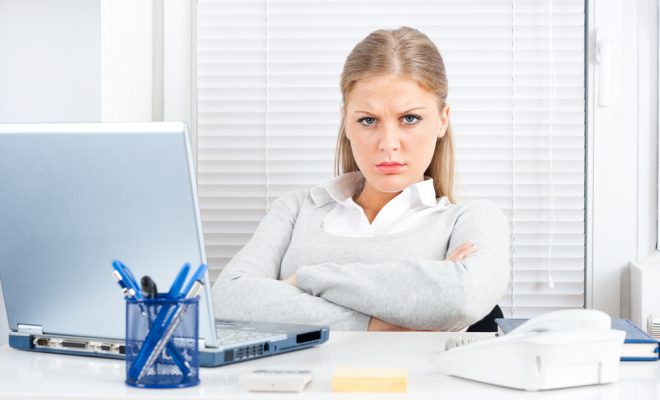 A male office worker in Bromley is continually thanking his female co-worker for all her hard work despite the fact they are on the same wage and have the same level of authority as each other.

“Except when it’s by a co-worker who, for some reason, thinks he’s your superior.”

John has also confirmed that he’ll be going out for drinks with everyone from work this weekend and, as Sharon can’t make it, he’ll then come in on Monday and act like he was singled out by the bosses to talk about the overall running of the company.

“I made sure to mention your name, Sharon,” John will say, adding a wink that will make Sharon want to throw up in her own hands.

← Previous Story Money?! Woman struggles with transition from unpaid internship to actual employment
Next Story → “Getting engaged is overrated,” says woman who has been planning her wedding since she was 14