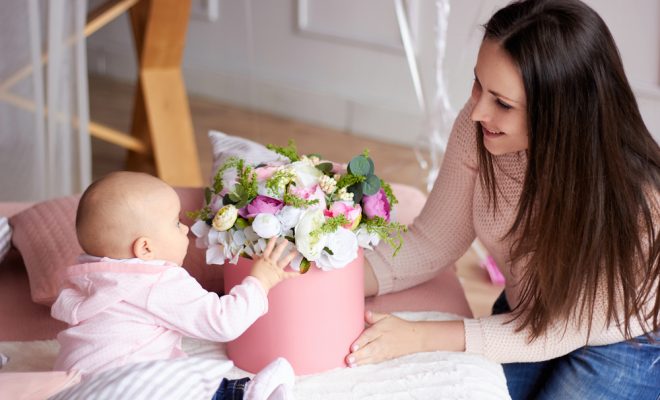 With Mother’s Day fast approaching, many women across the UK will be dreaming of the thoughtful gifts they deserve from their incredibly demanding and often embarrassing children.

However, those with offspring under the age of 13 are already preparing themselves for mild disappointment, because everyone knows kids are tasteless cretins.

We’ve compiled the top three Mother’s Day gifts you deserve – but definitely won’t be getting – on 11th March.

Voucher for that trendy new café

Remember back in the, albeit brief, glory days, when your friends were still excited to hold your baby and they assured you she was still cute when she cried?

You foolishly agreed to take her along to a trendy new café – then she shat herself during brunch and screamed for 45 minutes while the friends you hadn’t seen in three months stared on in shock.

You still can’t remember what you ate – or if you even did – so if your kid was old enough to have a moral compass this might be what they’d go for.

Anything from Liberty London

Browsing high-end department stores with no intention of buying anything may have been one of your favourite pastimes in a former life, but it’s no longer an option after little Olivia tried to swipe a £60 scarf then smashed a ridiculous decorative plate worth twice the price.

Oh, how nice it would be to own something chic without having to face the all-too-real “they break it, you buy it” threat.

Just like your cat before it got arthritis, little George often brings unwanted animals into the house though, thankfully, he’s proved himself to be useless at catching rodents and tends to settle for worms and woodlice.

If the budding entomologist had any idea about what mums really want, he’d quickly realise that you’d much prefer those tortoiseshell sunglasses you’ve been yearning over after he buried yours somewhere in the garden.

Sadly, it looks like you’ll be getting a collection of his favourite creepy crawlies, most of which will have suffocated in their jam-jar tomb, or escaped into the house to surprise you at a later date. It’s the gift that keeps on giving.