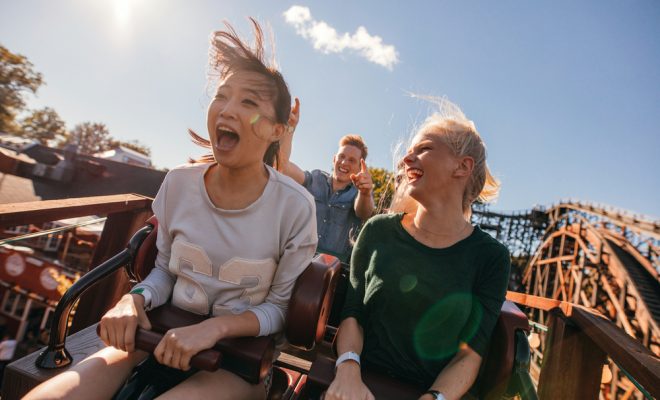 An unlucky member of a hen party visiting Thorpe Park has said she is “completely fine” about forgoing rides to hold the bags.

The party, mainly comprised of old school friends, had planned to visit the theme park to relive their youth. As we know, any group of kids needs a mum to look after the stuff, and this time, it was left to Sarah.

“They just sort of dumped their bags and ran to the queue as soon as we got in,” explained Sarah. “I’m sure it was a harmless joke.”

Sarah had told the others to leave their bags in the minibus, but was ignored at the time. “They were all too excited. Plus, the only advice the park had given was ‘try not to bring bags’ – what kind of advice is that?”

At one point, two of the group returned to Sarah with an enormous cuddly Minion toy they’d won at the arcade. Despite now being unable to move independently, and the two women leaving almost immediately, Sarah held steady.

On Facebook the day before, Sarah had posted that she had been looking forward to giving Stealth another try, after failing to pluck up the courage on her last visit over 10 years ago.

“It’s fine. I imagine we’ll take turns throughout the day anyway,” she said, surrounded by over 18 bags, coats and an oversized plush Minion. “It’s good that they’re enjoying themselves.”

← Previous Story Megan shares moving Mother’s Day post on Facebook, despite rejecting her mum’s friend request 17 times
Next Story → Did your friend finally text you back or is a Colombian phone thief attempting to extort you?