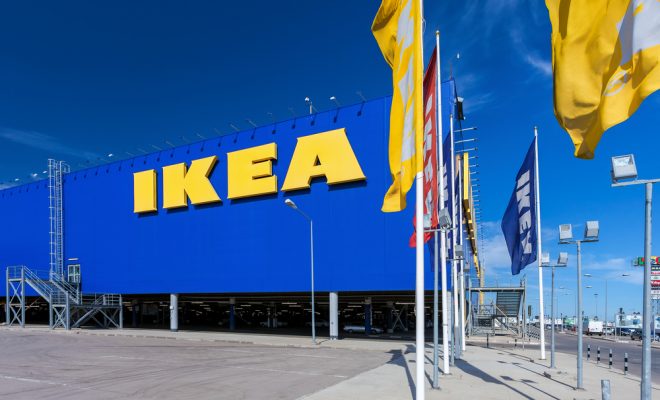 Three months after entering a branch of IKEA, a pair of newlyweds from Farnham have finally given up hope of escaping and have declared independence from the UK.

Jenny and Martin Harible, 27 and 29 respectively, recently visited their local IKEA megastore to purchase a new cabinet, when they found themselves lost in a flat pack no man’s land.

“We really should’ve stuck to the little arrows on the floor,” Jenny explained. “But Martin wanted to go rogue. Before we knew it, the lights were off and we were burning bedframes to keep warm.”

The couple survived the night, but were unable to find the exit in the following days. Now, having constructed a small home out of one of the bedroom displays, Martin and Jenny have renounced their UK citizenship and declared themselves rulers over a new kingdom, Bjørgenstädt.

“We got the name from a shoe rack,” proclaimed Queen Jenny. “Which is why it appears on our national flag.”

With borders stretching from the canteen to those weird stools that clearly not comfortable, the national dish of Bjørgenstädt is something known as Børschshjlltäcken – a culinary fusion of Swedish meatballs and Tic Tacs from Martin’s pocket.

“The economy is doing very well. I’m so glad we adopted those small wooden pencils as our national currency,” boasted Glorious King Martin. “The current exchange rate is very favourable. We’re hoping to establish a trade deal with the UK soon, but only if they can guarantee a hard border. We’re not in the habit of bailing out failing countries.”