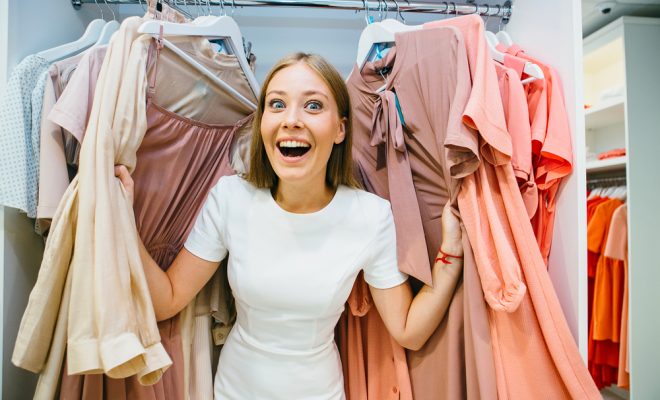 A Brighton woman with a passion for ‘pre-loved’ clothes has called in the Catholic church after becoming convinced her wardrobe is filled with the spirits.

The free-standing unit itself was purchased at furniture store chain IKEA, but Hayley Petts, 27, believes there are things much older, and somewhat less Swedish, attached to the aged garments that she has purchased over the years.

“I love something retro, but this is something else,” Hayley sighed. “I feel temperature changes in my bedroom, and I hear voices, too. The last one said: ‘oooh! That dress fitted you a lot better a few months ago’, and, get this: my mum wasn’t even visiting.”

Things reportedly only got worse after Hayley held a séance with housemates and friends at her property. “Stuff started moving about by itself, and I felt like even my fur coats had a life of their own,” she confessed. “If mink could speak and operate an Ouija board, I’m sure they would have signed us all up to PETA.”

Father Damien Riley of the local Saint John the Baptist Church, who will be performing the ceremony, says these type of calls are not uncommon, and seeks to reassure other Brighton residents.

“Hayley’s reached out to us and we’re more than happy to help,” he said. “Just the other week, we had a boutique near the seafront with the ghost of quite an aggressive elderly lady stuck in her handbag. Turns out she was looking for her Werther’s Originals, which, incidentally, were still in there.”

Only time will tell if the priest’s efforts will prove effective. In the meantime, Hayley hasn’t been put off buying vintage in the future, and insists she has no plans to contact the spirit world herself, declaring: “I’ve always said I’m a large, not a medium.”