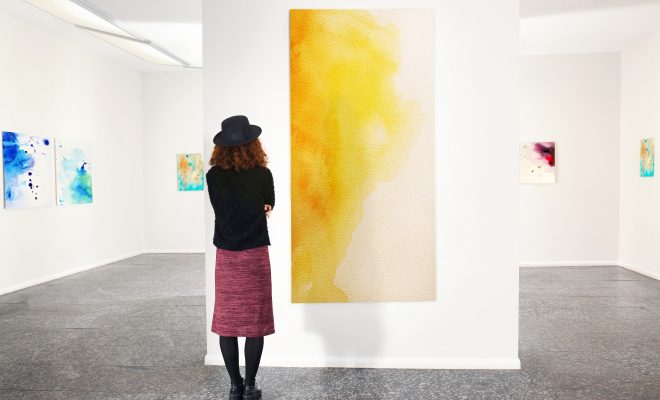 A new report has confirmed that a woman only went to the Tate so she could take some pictures of random things and then make it look like she knows about art on Instagram, when we can guarantee you right now that she doesn’t.

The report also confirmed that Tracey Wilder, 24, hadn’t heard of any of the artists who were on show in the gallery and she also thought Vincent van Gogh was: “that bloke who cut his knob off ‘cos his painting were shit.”

“They’ll be doing a South Bank Show special on her next.”

“So what do you think about modern art then, Tracey? What? Nothing? Is that because you only went to the Tate to make it look like you’re not just a vapid cultureless hole who loves the Kardashians and taking pictures of every cocktail you’ve ever drunk?”

Nikki admitted: “I should ‘like’ a couple of them though. It would be weird if I didn’t.”

← Previous Story Quiz: How much eye contact is everyone else doing?
Next Story → Woman who stares at Google maps until she gets home has no idea where she lives