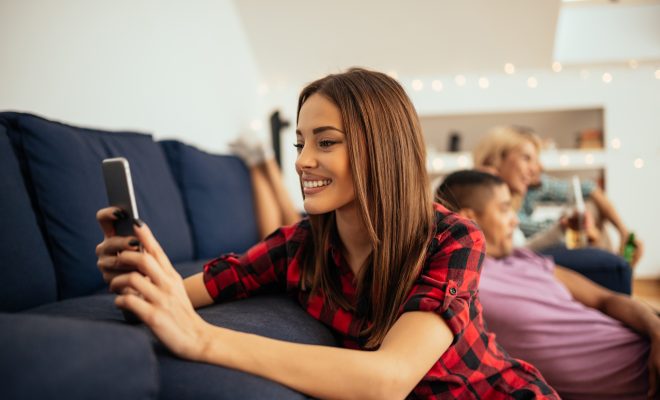 A friend who has been texting the entire duration of the show you were watching would like a quick overview of everything that’s happened so she can understand the last few minutes.

Amy Morris, 25, invited Julia Gibbs, 26, over to watch Stranger Things, which neither of them had gotten around to watching the first time around.

“I put on the first episode, and within seconds, Julia had her phone out and was texting away for the next 30 minutes. It’s just confusing because Julia was the one who suggested watching it in the first place. Why suggest watching something and then stare at your phone for that long? It felt like she was purposefully trying to piss me off.”

Julia said “I went over to Amy’s place to watch Stranger Things because I heard it’s great. She put it on and I watched a bit of it but then I got a notification on my phone so I checked it. Then one thing led to another and 30 minutes later a little girl has super powers and there’s a big spider alien killing everybody. Of course I had to ask what’s going on. What am I supposed to do – put my phone down and make myself watch an entire programme from start to finish? Nobody in their right mind would have time for that.”

“I tried to summarise pretty succinctly what happened in the episode,” said Amy, “but halfway through I was explaining the upside down, Julia was on her phone again. So I gave up and put Friends on. She didn’t even notice the difference”

← Previous Story Wow! These amazing facts about women will make any man too uncomfortable to fact check
Next Story → Local yoga instructor finally succeeds in getting her head up her own arse