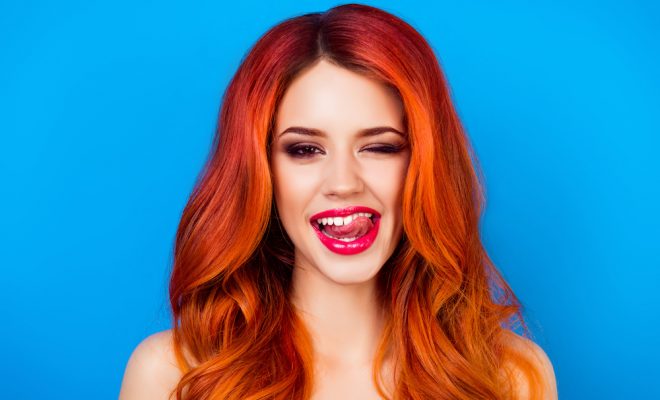 A shop assistant from Glasgow is reported to have “barely cried” when she saw the results of her latest home dye job.

Daisy Thomas, 27, has been dyeing her own hair since she was a teenager. She said that this was the first time she didn’t feel like the universe was imploding into her scalp when she looked in the mirror afterwards.

“To be honest this has made me think maybe I should have just stopped dyeing my hair because it was causing me intense psychological distress,” said Daisy. “But what was I supposed to do? Let the roots grow in and look slightly different from normal? No thanks.”

Since school, Daisy has dyed her hair a range of unnatural colours including Nervous Mermaid, Oregano Ombre and Facebook Blue, but none of them have ever turned out how she expected.

Her best friend Kate King, 25, confirmed that the current situation was highly unusual.

“The most shocking part was that the red shade she had chosen – Furious Postbox – actually dyed her hair the colour shown on the packet,” explained Kate. “I didn’t even know that was legal.”

Several weeks have now passed and Daisy remains thrilled about her hair colour, but says she’s not entirely content with the unexpected consequences:

“The problem is now I’m happy with my hair, I don’t have anything to talk about. In the past, when someone complimented my hairstyle, I used to make self-deprecating small talk about how badly the dye turned out. Now I have to pretend I’ve watched more than one episode of Queer Eye or The News to make conversation.”

“I’m going to get it done at a hairdresser next time. That way I can guarantee it’ll be slightly wrong. I’ll be back to being miserable for months, but at least I’ll have something to talk about.”

← Previous Story Makeup counter staff more afraid of you than you are of them
Next Story → Beauty essentials: why I don’t go anywhere without this damp rag