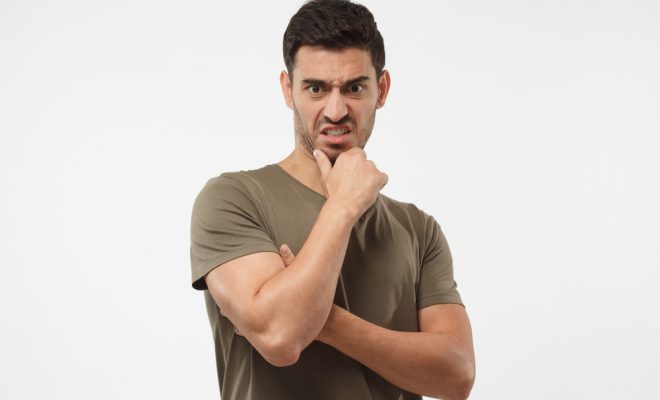 A 5ft8″ man from Durham has agreed he will give women taller than him “a chance” after a series of bad experiences with shorter women.

Connor Hartnett, 29, had previously stuck strictly to his rule that he should only date women shorter than him: “That was my type, you know, petite. Small, cute, especially if they were little enough for me to pick up, you know? I love that.”

The plan went awry, however, when three successive women, all between 5ft and 5ft4″, turned him down on the first Tinder date.

“I was gutted. Sarah, especially, ‘cos I loved the image of me dating a junior doctor, you know? That’s pretty sexy, right? Smart AND sexy, that would suit me really well,” he explained. “I was looking forward to telling my mates about that one.”

“Not so bothered about Cassandra,” he continued. “Never really saw myself dating a Cassandra, but she was cute, you know? And I’m a nice guy. Then there was Janine, who was SMOKIN’ HOT. I can’t remember anything she said, to be honest (know what I mean?!) but meh, it’s her loss.”

After a fortnight of rejections, Connor decided maybe his rule needed a little adjustment.

“I realised then that short women have got a lot of issues, you know? Probably frigid too, most of them. Tall women are where it’s at. No one ever dates them because, seriously, what kind of man does that?

“They’re bound to leap at the chance when I come along. Some of them are actually alright too, you know? Like not bad looking. I’m excited – I think I’m really onto something here that no one else has really ever thought about.”

Connor is looking forward to his new “open-minded” approach to dating: “I think this is the start of a new me, you know? A new way of looking at things. I’m willing to put aside my masculinity for the sake of the woman. I’m tough enough to admit that. Also, I’ve always liked the idea of a leggy blonde.”