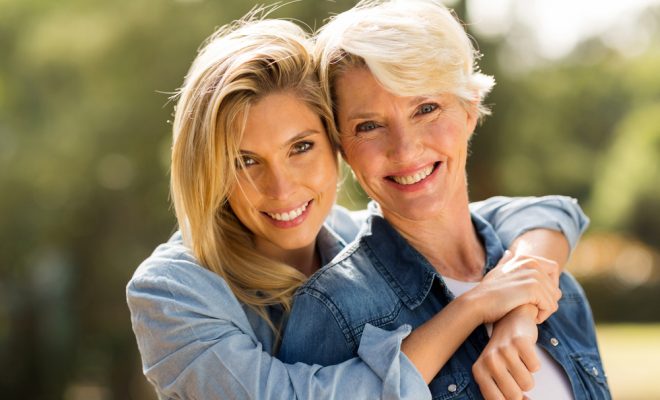 A Sussex woman has shocked her daughter after claiming that “never again” will she offer her fashion advice following the latest in a series of ignored recommendations.

The bombshell came after Olivia Peterson, 24, came down the stairs wearing none of the four items mum Diane had claimed “would work”.

“I told her, the boots would still look fine with the leggings, and yet here she was in the jeans she’d already said were too tight” explained Diane Peterson, 51. “To find myself ignored, yet again, after spending at least twenty minutes in deliberation was too much; I had to take action.”

The conflict erupted on Saturday night, shortly after Olivia had interrupted Diane’s viewing of Strictly Come Dancing to tentatively ask, “Does this look alright?”

“Straight away, she’s got me pausing the telly, and this is BBC here – there’s no adverts to fast forward through to catch up,” Diane explained. “And so knowing I’d be behind at the time of the live results, I was already on edge.”

Olivia proceeded to gather her mother’s thoughts before returning to her bedroom, where she could totally disregard them in private.

“This was the eighth time she’s done this in the past six months,” revealed Diane. “And at some point you’ve just got to say enough is enough.”

Olivia, however, remains sceptical of her mother’s conviction. “This is the eighth time she’s said this in the past six months, and at some point you just stop believing that enough is enough.”

Olivia reportedly asked Diane whether she should comment for this article or not, as an attempted “peace offering”. She advised her not to.