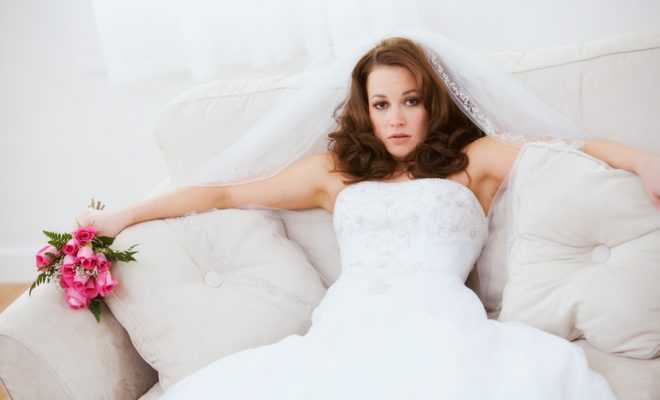 A pair of newlyweds from Battersea have expressed their shock and disappointment that their wedding guests did exactly as they were asked and did not buy them gifts.

Jenny and Tom Low, both 28, who tied the knot last year after seven-year romance, spent hours agonising over the wording of their invitations, which explicitly stated that “in marrying each other, we already have everything we need.”

“It turns out we don’t have everything we need,” explained Jenny, dropping a mug of tea on the floor as there was no coffee table for her to put it on. “I keep doing that. That was my last mug.”

When reflecting on the wedding, Jenny’s eyes filled with tears. “It shouldn’t taint the day, I know. But I wonder whether people really love us if they didn’t buy us presents. Why would we have bothered getting married if we didn’t want presents?”

Jenny, who explained that she now has what she calls “post-nuptial depression”, says that adjusting to married life has been difficult and her lack of presents has certainly not helped. “I always anticipated starting my married life with a Le Creuset ‘Nature’s Kitchen Cast Iron 5-Piece Essential Set.’”

“I think the most difficult part,” Tom continued, “is that our honeymoon in the Maldives is coming up and we’re having to compromise on extras. Like, how do you pick between snorkelling with turtles and the luxury honeymoon suite? Nobody should have to make that choice.”

Isabelle is a British-Lebanese actress, comedian, and writer. Hobbies include pretending to like really highbrow conversation and playing Heads Up.