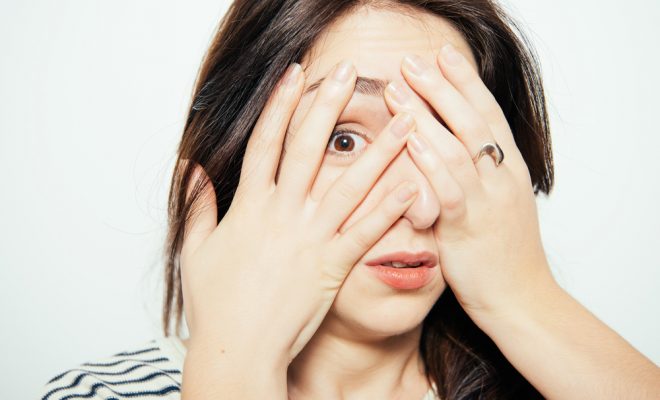 An extremely confident Brighton woman who claims to be “comfortable in her own skin” has changed her mind after seeing her own skin in a 3x magnifying mirror.

Liz Krantz, 27, encountered the mirror in a hotel bathroom while on a work trip to Glasgow after mistaking it for an ordinary makeup mirror. After spending an eternity frozen in time examining every crack and crevice of her own face, Liz calmly packed up her holdall, exited the hotel and has not been seen since.

“I’ve always been really chilled about my appearance,” said Liz, speaking on the phone from a secret location. “Never been one to buy into all of this skincare nonsense. It’s just sorted itself out. But that was before I saw what my pores look like from the perspective of a fly that’s landed on my face.”

“I thought my skin was pretty nice, but it turns out I was dead wrong. Up close it’s all blackheads and reddish areas. I had no idea I was so hairy. Has everyone noticed?”

Concerned family and friends have enlisted the help of dermatologist Dr. Kim Black, 45, in an effort to convince Liz to come home.

“Those magnifying mirrors are a health hazard. The human psyche can’t cope with seeing its own face that close up, we’re not built that way. As a professional dermatologist, there’s nothing wrong with Liz’s skin and, even if she had issues and breakouts, that’s no reason to go and live in the woods.”

Liz finally returned to her day-to-day life after catching a glimpse of herself in a puddle and deciding she looked “alright, actually.”

← Previous Story Dad gives 20-year-old daughter £10 to “go and get her hair done”
Next Story → Adding “I’m only messing” doesn’t make what you said any less offensive, Susan