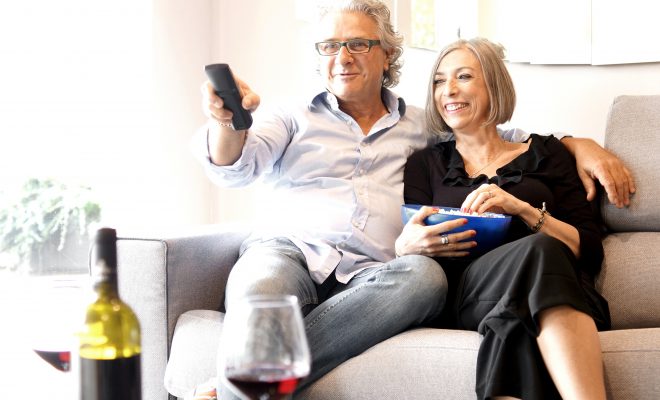 A Lincolnshire father has paused the TV to announce that he is vaguely familiar with one of the cast members on a show he was watching with his family.

John Woods, 55, has definitely seen whatsherface in that other thing. You know, the thing with that guy from the space thing, who used to be married to that Australian model? At least, she used to be a model. Or maybe she was a soap star. Anyway, it’s definitely her from that thing.

“Dad gets very excited when he correctly identifies a celebrity,” explained daughter Sophie Woods, 23. “Unfortunately his excellent face recognition doesn’t always line up with his ability to correctly recall the names of anyone, or anything, he’s watched before.”

“On this occasion, the woman he pointed to was an extra, so while it’s possible he’s seen her in something else, it’s equally probable that she just looks a bit like the woman who works the Saturday afternoon shift at Tesco.”

John Woods confirmed: “No, I’ve definitely seen her in something before. My family clearly isn’t as up on their pop culture as I am.”

← Previous Story Inspiring! This woman turned a ‘duvet day’ into a ‘duvet lifestyle’
Next Story → Endurance! This woman sat through a shit film because it cost £4.99 to rent