Man runs out of good shirts by second date 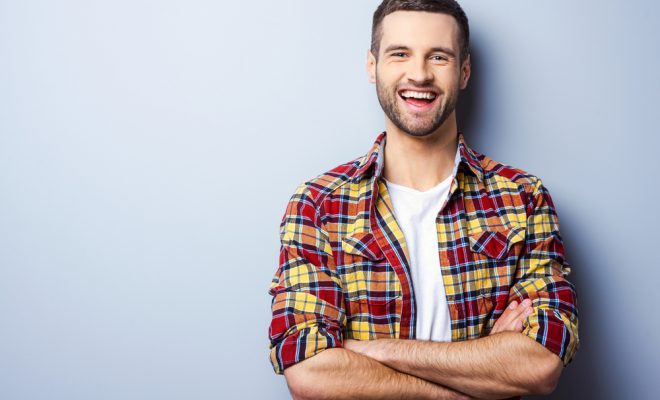 A Luton man has exhausted his wardrobe of socially viable date-wear after just two dates.

“I really enjoyed our first date,” said Alice Preston, 25. “He wore a red and black lumberjack checked shirt, as if to say: ‘Everyone fucking wears these, so you’ll be safe with me.’”

And Ben was just getting started.

“Date two, he turned up in a blue and black lumberjack checked shirt, so as you can imagine I was impressed with such a refreshing change of pace. I thought: ‘Wow! These are clearly the shirts of a man who has six or seven of these at his disposal at any given time.’”

“By the third date, he was wearing the first shirt again, but under a jacket. Shirt two then got an outing on date four under the jacket from date three. Date five was shirt one with the sleeves cut off. Date six was shirt two with the sleeves of shirt one crudely sewn on.”

“I’m worried about him,” she continued. “I’ll keep seeing him, just to see where this is going. I should really tell him that I don’t care about what he wears, but it’s come this far and it’s quite compelling. We’ve got a sweepstake at work and I don’t want to let down Pam, Jean and Dawn.’

Alice ended the relationship after Ben turned up to date seven with shirt two on inside out, with the sleeves of shirt one around his neck like some sort of makeshift scarf.

“It was at this point it really hit me that the emperor was wearing no clothes. Well, he was, but they were all from Superdry.”

← Previous Story Inspiring! This woman recycles all her empty plastic bottles by using them to bottle up her feelings
Next Story → Cyndi Lauper re-releases ‘Girls Just Want to Have Fun’ with considerably more demands