Amazing! Someone brought up GCSE results so Nancy got a chance to brag 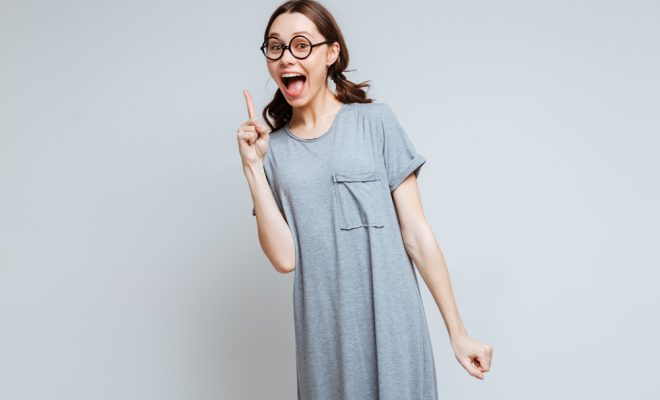 A Birmingham woman who got seven A*s, two As, one B and a C in drama (which she says she doesn’t really count, because it’s ‘drama’), recently got to bring up her amazing GCSE results.

The opportunity arose for Nancy Lewis, 25, while out for a dinner to celebrate 25-year-old pal Miranda Buck’s promotion at work. Nancy could not believe her luck when the conversation turned to exam results.

“I got 5As, and 5Bs,” said Miranda. “I didn’t really care at the time, but now probably would have worked a little bit harder.”

Nancy, after listing that she got seven A*s, two As, one B and a C in drama (which she says she does’t really count because her teacher wasn’t very good anyway), said: “I thought, and still think, that GCSEs are an important benchmark for judging a person’s intelligence and academic skills.”

Miranda (five As and five Bs), looked offended and slightly upset to be judged on something they undertook between 2008 and 2009, and turned to friend Henry Miller, 25, who got six Bs and four Cs, to ask him how he did in his GCSEs.

“Maybe you should have worked a bit harder,” said Nancy, who got seven A*s, two As, one B and a C in drama (which she says she does’t really count because it was an extra one on top of the mandatory 10, so it was more for fun and less for the grade), while smiling to herself thinking about how good she did at GCSEs.

“Congratulations on your top GCSE marks,” said Henry, who’s parents were going through a divorce between 2008 and 2009.

Subsequently, the group led a toast to Nancy, who ironically didn’t understand the irony of a toast to Nancy’s GCSE results at Miranda’s real adult work promotion celebratory meal, even though irony was definitely covered in the English paper, on which Nancy got an A* at GCSE.

Nancy refused to say what she got in her A-Levels, claiming that “A-Level results only prove how smart you are at taking tests”.

Lorna is a radio producer, improviser, clown, and woman-shaped bag of blood and bones. She’s written for various sketch groups, BBC's Newsjack and, most importantly, Dick and Dom (who were not in a bungalow at the time). She also specialises in all things comedy for BBC's Woman’s Hour – the only time in the whole day where women are legally allowed on the radio.

← Previous Story Genius! This freelancer adds a “wasting my fucking time” tax to their invoices
Next Story → Awkward! This woman tried to say goodbye and she choked, then tried to walk away and she stumbled