Woman discovers being splashed by passing bus not the beginning of a rom-com, just a shitty day 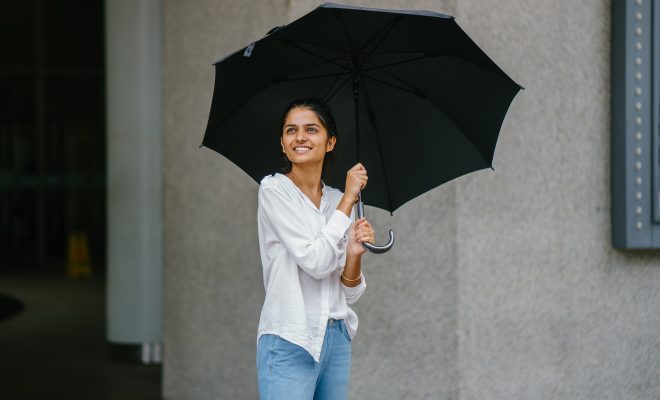 After being drenched by the passing 254 bus, a Clapton woman was disappointed to learn that the unfortunate event would not be followed by a meet-cute with a handsome book store owner, but rather would be the beginning of a miserable day spent in wet trousers.

The tragedy struck at 8.22am when the bus entered a puddle approximately 6 inches deep, causing a large spray to wet Felicity Charrit, 24, from the mid navel to knee.

“Yeah, it wasn’t a great start to the day but then I thought, well, I’m sure some cute guy was watching, and now I look all wet and helpless like a baby seal, and he’ll come rushing over and offer me his coat or something. And then he’d be like ‘Coffee?’,  but like in a Hugh Grant way, and I’d be like ‘yes’ and then we’d get married on a greek island like in Mama Mia,” she explained.

Charrit then suffered a series of additional setbacks including delayed buses, a broken umbrella and the dropping her cappuccino, culminating in her being 30 minutes late for her shift at a department store.  All events which she considered as part of an hilarious character building montage before the introduction of a wealthy, roguish love interest.

“Yeah, that didn’t happen.  I just got bollocked by my manager Sharon for being late and looking an absolute state. I spent the next half hour drying out my trousers in the Dyson air vac”

Charrit expressed her disappointment at rom-coms for portraying an unrealistic outcomes from slight everyday inconveniences, but says still holds out hope for the arrival of a tall dark handsome stranger the next time she drops her phone in the loo.

← Previous Story Mother of the bride spends wedding giving daughter’s number to handsome strangers
Next Story → Foolproof! Millennials discover pension loophole by just straight up dying before the age of 65