Unfair! Colleague who insists on writing with a typewriter is granted deadline extension 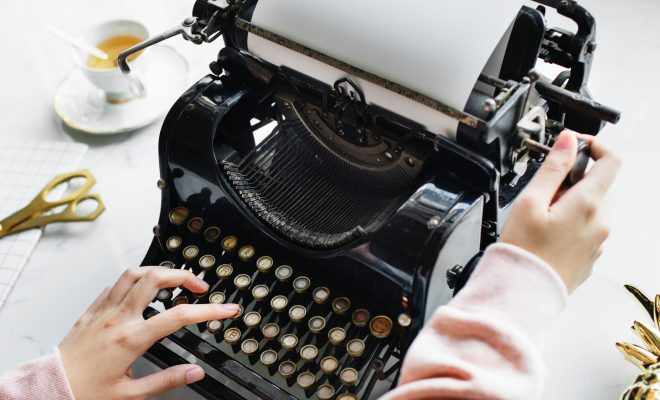 Tensions have risen in a London office where an employee, who insists on using a typewriter, has been granted another deadline extension. Emily Symonds, 24, took to using a typewriter after returning from her two week long inter-railing trip, and her colleagues are not impressed.

“It’s just really frustrating,” laments fellow office worker Dan Markham. “Here we all are busting our balls to hit deadlines, and Emily gets special treatment because she thinks Word Documents are ‘too impersonal’. The preferential treatment is unreal.”

Emily, however, sees it differently. She said, “I don’t know what all the fuss is about. I use words to document. This is a word document. Sure, I like to format my business proposals with quadruple spacing. With every quadruple spaced proposal, there’s a chance that not only will the deal go through, but they’ll post about it on their Tumblr.”

She continued, “it’s no walk in the park for me either. You think I like lugging this thing to work every day? It weighs 12 kilos. It adds half an hour to my journey, but I still make it in bang on time.”

“They also let her start half an hour late every day. It’s ridiculous,” explained Dan.

Emily believes she is being unfairly targeted, and will not switch back to the “frankly archaic” electronic Word Document format. She explained, “Lisa got an extension on the Poulsen contract when her Nan fell down that flight of stairs. I really don’t see any difference.”

Though most disapprove of Emily’s antics, some of her colleagues are thankful for her bespoke approach. Particularly Lisa Rogers, 34.

“She gave me a poem when my Nan fell down the stairs. I can’t honestly say I’d have been as moved if it had been sent in an email, rather than done on a typewriter. She even framed it for me. This country needs more people like Emily.”

Alex is a 25-year-old comedy writer from Brighton who refers to himself in the third person to feel important. He is the writer for, and performs as one half of, comedy duo Yes Mama!. He is an NFTS grad, and is known the world over for his tiny eyes and his love of sleek, long, nervous looking dogs.

← Previous Story Fuck, marry, be my dad: the nation struggles to figure out exactly what is they want to do with Gareth Southgate
Next Story → Chloe devastated rare Beanie Baby not the route to her millions