Chloe devastated rare Beanie Baby not the route to her millions 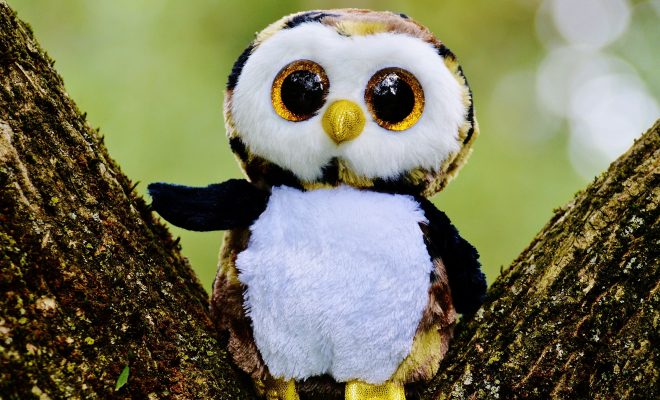 Chloe Johnson, 23, from Surrey, was recently disappointed when she took what she had previously believed to be a very rare Beanie Baby to an antiques fair and found it to be valued at just £7, which is less than it had cost originally (when you consider the Ebay postage).

Chloe is a self-professed collector and owns over 47 Beanie Babies. She has always kept them in mint condition with the view to one day sell the entire collection in order to put down the deposit on her dream home, (the Cheshire house and stables owned by Katie Price in the early naughties).

When asked, her childhood friend Camilla was able to confirm the condition of the toys, “Chloe was insufferable as a child, as she never wanted to play. She would come around with her Beanie Babies in bloody boxes while the rest of us played ‘Barbie mud sacrifice’ so we stopped inviting her in about 2003”.

The toy in question, Snippo, who shares a birthday with Chloe, is a tasteful tie-dye effect owl-like creature of unknown taxonomy. “I really thought it would hold its value,” said Chloe. ‘It was worse to see the tat people were getting money for at the antiques fair. One woman sold this brass knocker that looked like she’d pulled it out of a skip. I was fuming- I bet that wasn’t rated ‘5/5’ for rarity in ‘Beanie World’ magazine!”

Chloe concluded by saying that, had she known the Beanie Babies weren’t going to bring her millions, she would never have risked doing an arts degree.

← Previous Story Unfair! Colleague who insists on writing with a typewriter is granted deadline extension
Next Story → Friend’s brother visits town, hits on nobody