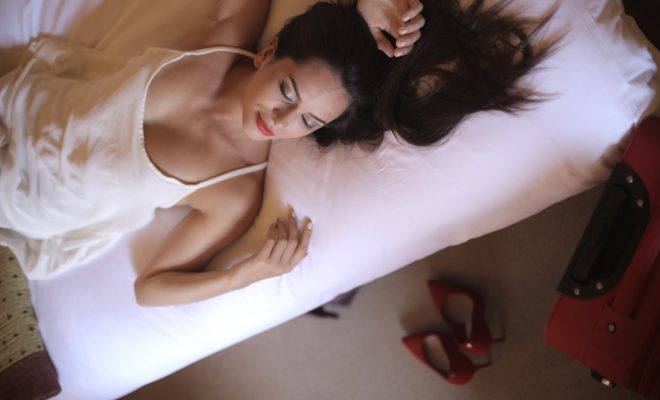 Bought online on a whim after one too many glasses of sparkling Rosé, she’d initially regretted her £119 impulse buy. That was, until she tried it out for the first time.

“Before then I didn’t think it was possible for an object to make me feel so good,” says Holly, 26, “I was blown away. What followed was a passionate 18-month love affair.”

But two weeks ago, a new gadget turned up on the scene that has threatened the Lelo Sona’s position as favourite electrical item: the Dyson Cool™ AM07 Tower Fan.

“Lelo’s great, and obviously orgasms are amazing,” explained Holly, “but I’m not sure they’re as amazing as having streams of cool air blasted over your near-naked body during night time temperatures of up to 27 degrees. I mean, that’s true bliss.”

Since the Dyson turned up on the scene, poor Lola has laid untouched in Holly’s underwear draw, as she spends her nights bathed in the tower fan’s cool, soothing breeze.