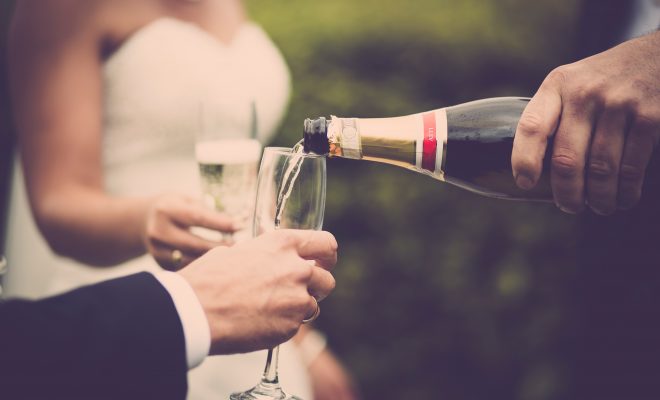 Richard Hastings, a 25-year-old engineer from Harrogate, made history at a dinner party last Sunday when he opened a bottle of champagne in front of four women without explaining his method to any of them.

Putting the bottle of Veuve Monsigny Champagne Brut, £9.99 from Aldi that he had bought on the kitchen counter, Richard valiantly insisted that he should “have a go” at opening the next bottle on account of his experience working in Pizza Express when he was at university.

Richard’s technique was ingenious; he held the bottle with a tea towel and twisted it while holding the cork still, aiming for the open patio door. Most shockingly, he remained quiet throughout. A silence fell on the room and people miraculously knew to move instinctively out of the way of the high pressure cork without being instructed.

‘I’m just glad he’s here to open the rest of the bottles,’’ said Abbey, the host. “I’ve only had the process explained to me about 56 times, so it is probably best left to those with experience.”

← Previous Story Friend’s brother visits town, hits on nobody
Next Story → Ageing process sped up by realisation that the celebrities you fancy are younger than you