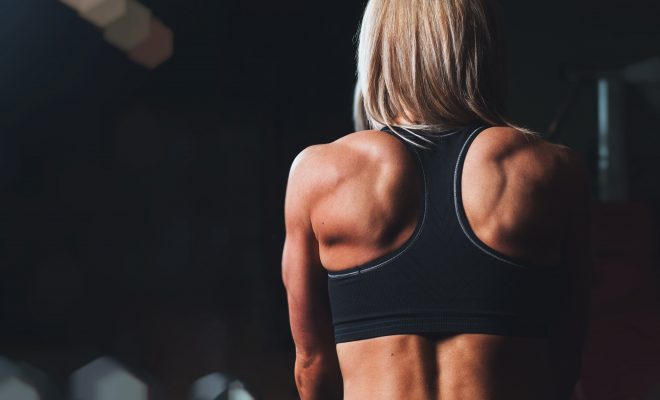 When Amy Wright won the Ladies National Deadlifting championships in June despite having never lifted a weight in her life, onlookers were baffled.

Confused doctors have come to the conclusion that hours of intense labour managing her partner’s emotions, and teaching him how to be a functional human being, have really paid off for the young woman who is now, to use the popular term, ‘swole’.

A petite woman her whole life, Wright, 28, stated to notice the change when she moved in with her long term boyfriend Tim, 29.

She described, “it started as just little things, like showing him that you shouldn’t mix white and colours in the wash. Reminding him of that became my warm up. I started really feeling the burn when his podcast got a bad review on iTunes. That’s when I really pushed through the wall and realised I was capable of anything.”

The scientific community have jumped on Wright’s condition with zeal, asking her to participate in numerous studies and trials. Dr Watanabe, the first person to recognise the source of Amy’s sudden toight bod, is enthusiastic about the implications of her transformation;

“It’s opened up a whole new avenue of study. Who knows how many buff housewives there are throughout the world? Amy has only been living with her spouse for eight months, imagine what could happen with 30 years exposure to these men-children?”

The future is bright for Amy’s competitive career, although others have doubts about the sustainability of her training. Is she ever afraid her boyfriend will become a functioning human being?

Amy explained, “last week he asked me to write his birthday card to his Mum, so I think I’ll be OK”.

← Previous Story Julie’s new water bottle reminds her when to drink, but doesn’t remind her to mind her own business
Next Story → Finally! Scientists invent pumpkin spice tampons