Woman mistakes euphoria of gym class being over for genuine joy 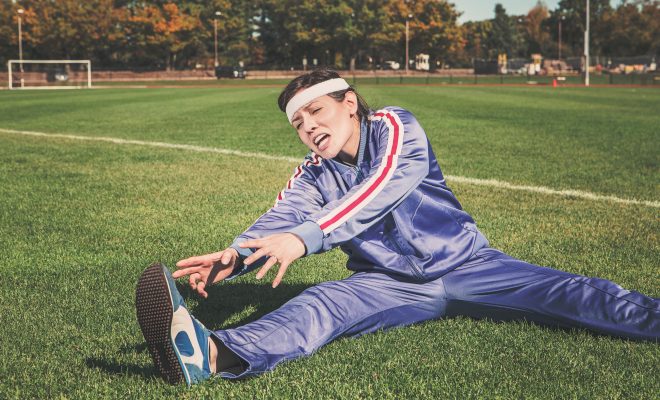 A woman who experience a huge rush of elation at the end of her extortionately priced, excruciatingly painful fitness classes, has realised that they only thing she enjoys about exercise is knowing it will eventually be over.

Rachel Morton, whose weak eyebrows have been a lifelong source of shame, signed up for classes at CHUMP, based in an achingly hip bit of Ealing Broadway’s old bus station, six months ago. Daily, she rises at 4.30am for APOCACHIPS, a 60 minute full body workout which promises to ‘kick your arse so hard, you’ll wish the world was ending’, and combines ritualistic torture with bursts of limb lengthening aquatic dance.

“At first, I’d have a panic attack within the first five minutes of mindful power-kick practice,” wheezed Rachel, who seemed exhausted but chipper, delighted to still be alive.

“But then I started nailing a shot of Sweetened Sauerkraut pre-class, and it really helped focus my thoughts. Primarily on getting through the rest of the session without shitting myself.”

The instructors at CHUMP could not comment on Rachel’s individual fitness journey, because they have never learned her name, instead giving clients motivational monikers like “Doughnut Doug” and “You With The Chins”.

Despite detesting every second spent at CHUMP, Rachel won’t cancel her membership. After letting her initial 10 day free trial lapse, she can’t.

“Apparently it’s in the T & C’s” wept Rachel, who spent our interview crouched in the battered pigeon pose.

“You can’t wait to escape, but you never truly will.”

Helen is a comedian, actor and writer. She also records audiobooks and once improvised the accents of an entire village in 1920s Hanoi, which was not at all awkward. You can see her being slapped in the head by Queen Victoria in the trailer for Will Ferrell's new feature film 'HOLMES AND WATSON' and /or using a banana as a spoon to eat yoghurt on the bus.

← Previous Story Quiz: Are you ugly or did you just stare at your selfie for longer than 15 seconds?
Next Story → Sorry feminists! I’m traditional: I like to cook for my man and make sacrifice to the Sun God