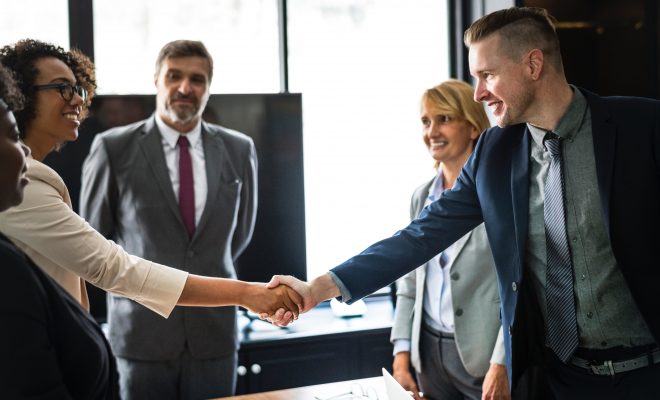 A marketing firm in Reading announced on Tuesday that 23-year-old Yasmine Golding’s ‘Goodbye & Good Luck’ card has become the UK’s most signed leaving card by co-workers unable to recall the recipient’s name, face or voice.

The card, which featured a total of 28 sentiments such as “You’ll go far!”, “We’ll miss you” and “Thanks for everything, Sarah”, was presented at a short ‘leaving lunch’ ceremony on Yasmine’s last day. Reports vary on the number in attendance, though several claim to have just been using the break-room to check Instagram when the celebrations began.

“It was very touching,” Yasmine claims. “At times it felt like no one really paid me much attention at work, but the card made me realise how much I was actually appreciated. It really was like a family there.”

“I think she might have been the one who occasionally wore a low-cut top? I could be wrong though,” Remembers Tom Hurst, 36, one of the 17 unknowing signees of the now world-famous card.

Guinness World Record Officials verified the card’s status, shortly after it was submitted by the marketing firm’s combined HR and PR department. “The previous record was set in 2014 in an accountancy firm in Hong Kong, with just eleven people reporting no knowledge of the recipient,” said Guinness spokesperson, Damien Davidson. “The Yasmine card quite comfortably unseats that by six, marking something unprecedented in the decline of meaningful colleague relationships – she should be very proud.”

Yasmine joined the firm in 2016 as an unpaid intern, a position that, she says, “really cemented my place in the company’s workforce”. Since then, she’s gone on to achieve accolades such as a standard living wage and eight days off for mental health reasons.

Yasmine decided to leave the company after two years due to securing a new job at a third-sector organisation in Shoreditch. “I want to do something where I might have more of a lasting impact,” she said.

“I’m sure she is a model employee and we are probably sad to see her go” said Anne Carcetti, Yasmine’s deputy manager at the firm since she started. “The publicity that’s been brought to the business from this card, however, is a legacy for which Jasmine will not be forgotten any time soon.”

← Previous Story Baby shower guest announces she’s done far more impressive things in sex than get pregnant
Next Story → Bad news: Having a book on your bedside table not the same as reading it