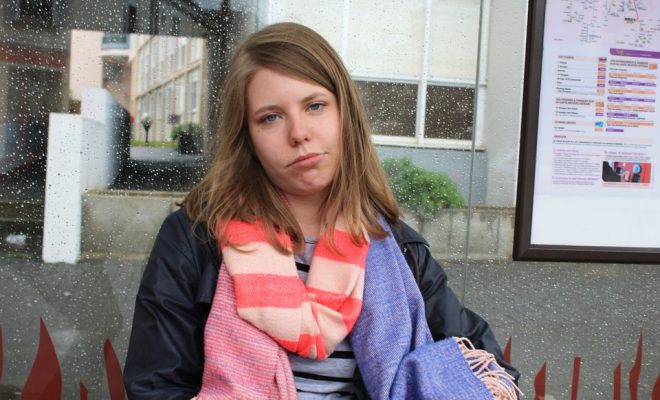 Samantha Neale, usually the flakiest of your entire friendship group, has, for the first time, decided not to cancel the plans you tentatively organised together three weeks ago and haven’t spoken about since.

Not only has she done this, but she’s had the fucking nerve to text you on a day when you’d rather sell both kidneys on the black market than listen to her talk about her extremely wet boyfriend Rob (or Jason, or Ed, or whatever) and his problems at work. They’re not even HER problems at work! Her enthusiastic ‘can’t wait to see you tonight!!! It’s been waaaay too long babe xx’ has made your blood boil. How dare she drop this on you, on today of all days, when Marks and Spencer have ran out of your favourite crisps, and some callous bitch stole your seat on the tube. Sure, she had one of those ‘Baby on board’ tube badges, but that lump was barely visible, and she knew it.

This is no coincidence. Samantha obviously knows that today you are absolutely exhausted and unwilling to socialise with anyone except the new, Spacey-free season of House of Cards. Why else would she do it? She has literally cancelled the last six times you’ve agreed to do anything, either in a group, or one on one. Your friends have started referring to her as Heisenberg because no one else could possibly be that busy, and the only explanation is she’s been leading a double life and may secretly be cooking meth on an industrial scale. (Plus, it would explain how she’s funding her lavish Insta-life – who works in marketing and has money for that many pot plants and sushi nights?)

This move has started to make you question whether you even want to be her friend, or whether you’ve just been chasing her so much socially that she’s managed to create a false scarcity and you’ve fallen for it, just like you did with Beanie Babies back in ‘04, and we all know how that worked out.

‘Me either can’t waaaaait. It’s gonna be a huge night! Gals night out ;)’ you reply, hating yourself on a subatomic level.

TWO MARGARITAS IN AND YOU’RE HAVING A GREAT TIME. YOU FORGOT HOW FUN SHE IS WHEN SHE ACTUALLY TURNS UP!

Daisy Bard is a writer and little star. She works as an advertising creative with her best and loyalest friends, The Brands, and most of her ideas get stomped on by narcs before seeing the light of day, so this gig is really important to her.