Thrifty! Woman makes Christmas cards out of letters from the student loans company 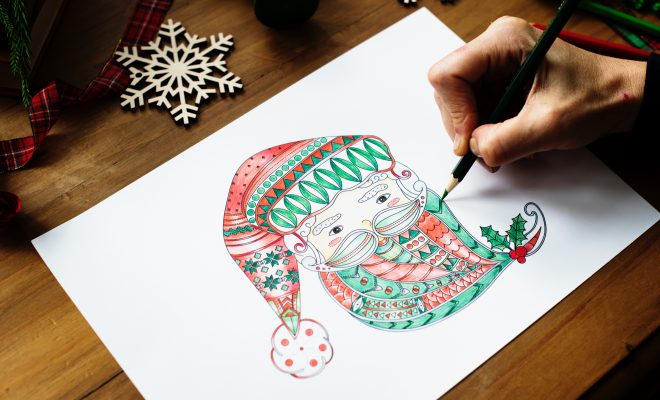 A Cardiff woman has made headlines today after successfully crafting handmade Christmas cards for her whole extended family, friends and colleagues, using only letters received from the student loans company.

Francis Jameson, 31, has been riding the repayment income threshold since graduating with a 2:1 in Film Production in 2009. After realising she was receiving an average of 12 letters a month, largely reminding her that she was just barely on the brink of earning enough to be considered as having a “real job,” she decided to take action.

“I’ve always been quite crafty,” Francis spoke of her breakthrough. “Suddenly one day, I opened a letter from student loans telling me the interest they’d been charging me had put me two grand further in the hole, and I just decided enough was enough.”

Determined to save money wherever she could in an attempt to claw her way out of her debt spiral without having to give up avocados, she started to fold, cut and paste her way to securer finances.

“I loved receiving a card with such a personalised touch,” said sister Martina Jameson, 35. “She basically just covered her loan details with glitter and left her name visible at the bottom, so she didn’t even have to sign it. If that’s not thrifty, I don’t know what is.”

Following the success of the Christmas cards, Francis has said for upcoming family members’ birthdays she’ll be using the debit card statements she receives from her bank, with whom she is supposedly registered as “paperless.”

← Previous Story Four Christmas gift ideas that say, “I’m only getting you this because I knew you’d get me something, and I’ve got enough on without you making me feel guilty, Beth”
Next Story → Vicky’s New Year’s resolution to recycle more starts with the resolutions she didn’t keep last year