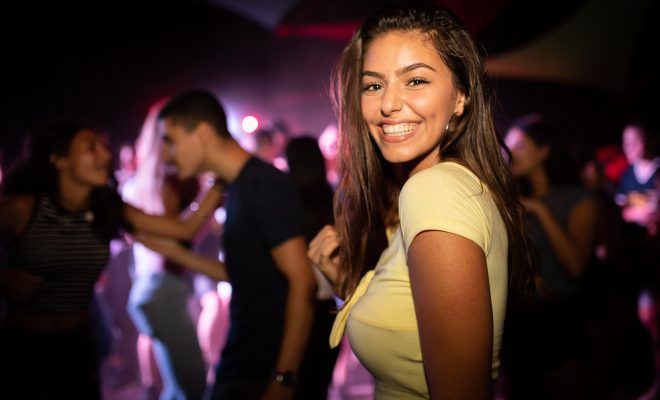 A nine-second video of the Hip-Hop room in Peterborough’s Hijinks nightclub has surpassed critic expectations by becoming the first Instagram Story to be nominated for the prestigious award.

The acclaimed Story, captured entirely on a screen-cracked iPhone 7, has amassed an impressive 130,000 views and been featured at both the Cannes and Venice film festivals this year.

The short has been singled out specifically for its multi-layered sound design as it mixes the exalted screams of several twenty-somethings with a 130-decibel soundtrack of Cardi B’s ‘I Like It’ (Dillon Francis Remix).

“I wanted to show something real about my nights out, and a big part of that was the sound design,” said rising-auteur Tina Chapman, 25, who shot and directed the project. “The acute loudness – the way it crushes your eardrums if you’re wearing headphones – that’s what it feels like to not only be in Hijinks, but to be Hijinks.”

Featuring performances and choreography by two of Tina’s best friends and one she is “okay with”, the Story also employs a subversive flip to selfie-mode half-way through – an impressive feat that has led many fans to complain of a snub in the Cinematography category.

Esteemed documentary filmmaker Errol Morris is one such fan, writing in a lengthy op-ed for the New Yorker, “It’s incredulous to me that there’s no recognition for the camera-work… The Selfie Flip is the linchpin of the whole picture, at once a meta-reflexive comment on the destructive role of self in contemporary society and an earnest celebration of the emergent female gaze. Tina, poised in mid-shot with an errant vodka-coke in hand, looking down the lens into her own creation, is unequivocally living her truth – living her story. And yeah, maybe that makes no real sense, but what the fuck are you going to do about it? I’m Errol Goddamn Morris.”

Tina, meanwhile, remains contented regardless of the awards drama. “Honestly, I’m just glad people know I was there at Hijinks that night; that I’m loving life in Peterborough and expressing myself the way four years of very expensive film school taught me to.”