Life saver! This service dog knows when you’re about to text your ex 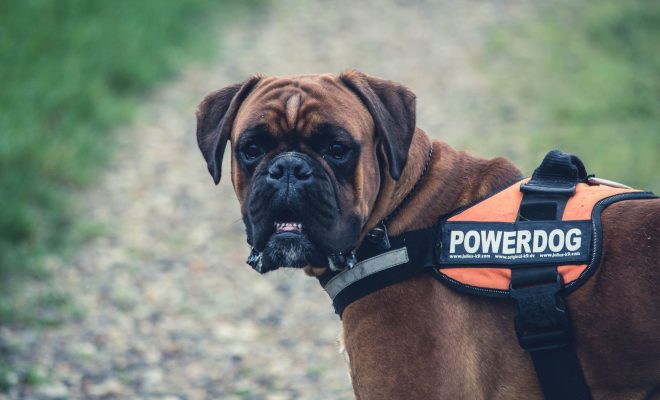 Becca, 29, knew that her service dog, Sparky, 4, was pretty special.

“He’s a great dog, as dogs go. I’ve had him for about two years and there are no disadvantages, really. The only issue we’ve had is with parents who think their child’s right to touch my dog is more important than my right to not seriously injure myself!” she chuckles.

Sparky has always been an excellent companion to Becca. But, just last Saturday, he went from a good boy to a great one.

“My ex was in town and he wanted me to come check out a lo-fi hip-hop-country-fusion night he was DJ-ing. Just as I was about to respond with a definite ‘YES’, Sparky grabbed me by the wrist and forced the phone from my hand. I was gobsmacked!”

And then it happened again!

“Later that evening, when I tried to hit my ex up for a spot of hometown hanky-panky at his parent’s house, Sparky did the exact same thing!”

Becca says that Sparky can detect when Becca’s about to text her ex from a distance of 5 metres and with an accuracy of 99.9%.

“He has only slipped up once so far. I was calling an ambulance for a frail old woman and Sparky stopped me. I took his word for it and decided to just move along.”

She also claims that Sparky can detect outgoing messages on a wide-range of apps.

“He can tell if I’m going to try and message my ex through WhatsApp or Tinder or even on Instagram DMs. The only one he’s had a problem with is WhatsApp. Presumably because of the encryption.”

Needless to say, Sparky is a true hero and will be in Becca’s life for the foreseeable future.

“He’s like the best friend I never had. He’s really not in it for the drama. Other dogs might not care as much, but he is really invested in making sure I’m not acting like a messy bitch! I guess he takes stuff like that personally.”

And if Becca does want to get back with her ex?

“I guess I could get around Sparky somehow. He’s too young to remember fax machines, so that would probably work.”