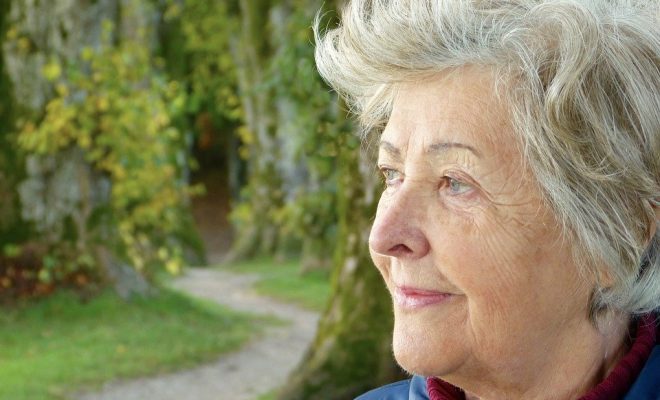 Denise Lee, 59, occupational therapist and winner of Wellesley Clinic’s Great Staff Bake Off, recently decided that BBC3’s hit show, Fleabag, is actually not bad at all despite her initial dislike when she first watched it. Denise, from Ipswich, was surprised at the end of September to see the show do so well at the Emmys but upon further consideration realised the accolades were “well-deserved”, taking to her Facebook to let the world know of her change of heart.

It was after putting out this statement that she rang daughter, Ella, 28, writer, actor and office temp, and suggested she write the “New Fleabag” if she wants to win an Emmy too. Pointing out that Phoebe Waller-Bridge is now “doing Bond” and has a deal with Amazon Prime that’s a “nice little earner”, she asked Ella, insomniac and teeth grinder, if she had thought about it.

“It’s simple” Denise explained over the phone to Ella who was hiding in the stationary cupboard at her latest temp job, “just think of an idea like Fleabag. Except perhaps with less sex in it – women don’t really think about sex that much, do they?” At this point, Ella, a lover of immersive theatre, Aidan Turner and SSRIs (her brand of choice being Sertraline), hung up as Dan, the office manager who’d given her an induction only thirty minutes earlier, had just opened the door.

This isn’t the first time Denise has been ready to lend her creative daughter a helping hand to break into the industry. In October 2018, after discovering “a thing called podcasts”, she asked Ella whether she’d thought of doing her own – “likeThe Guilty Feminist, only bigger”. It was over Easter lunch 2019 that she had the brilliant idea her daughter become an influencer or YouTube star. So far, Ella boasts 102 followers on Instagram and 149 on Twitter. Denise is sure success is right around the corner.

Rosanna Wood is a writer, comedian and performer who’s had work featured on BBC Radio 4 Extra, BBC Scotland and BBC Radio Scotland. Other than that, she spends most of her time either trying to convince people she’s not turning into a crazy-cat lady or talking to her cat. She was alive for eleven days in the eighties and remembers the fall of communism well.

← Previous Story Scary! These Halloween parties look great and you weren’t invited to any of them
Next Story → Was it something you did? Your reply guy’s gone a bit quiet