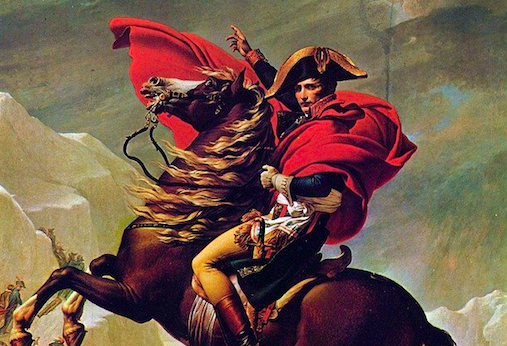 We’ve scoured the history books for the past’s hottest great men! Just try not to think about how showering wasn’t really a thing back then.

What’s sexier than robbing from the rich and giving to the poor? Regular bathing probably, but if you can look past the mouldy forest sweat exterior and peel off those never-been-changed hessian slacks we bet you could hold your nose and have an OK time.

Picture the scene, it’s the Franco-Prussian war, you’re 120 miles out from Moscow and the French Emperor himself calls you into his tent to help him warm up, if you know what we mean! Floppy hair, puppy dog eyes and the ever present stench of gangrene, our boy Bonaparte was the stanky Timothée Chalamet of his day.

The Thames in Shakespeare’s time smelled so much like shit that people fainted, fell in, and drowned. He’s 100% washed his dick in that water. Good luck.

Ok so there are no drawings of this guy but he’s the first man to rule over an empire which is HOT. Much like the Mesopotamian sun which would’ve cooked his junk all day under a big robe or something. Soap was a recent invention though so catch him on bath day.

The grand daddy of the founding fathers. His silver fox energy will distract you from his rotted wooden teeth and the smell of his britches after four months of guerrilla warfare against the British. But don’t worry, you could always catch him after the war in Washington D.C., a literal swamp.

← Previous Story How to find out if she’s gay or only had sex with you in, like, a friend way
Next Story → 10 Peep Show quotes that will get his dick hard