Progress! Woman inevitably left to clean up the mess after breaking glass ceiling 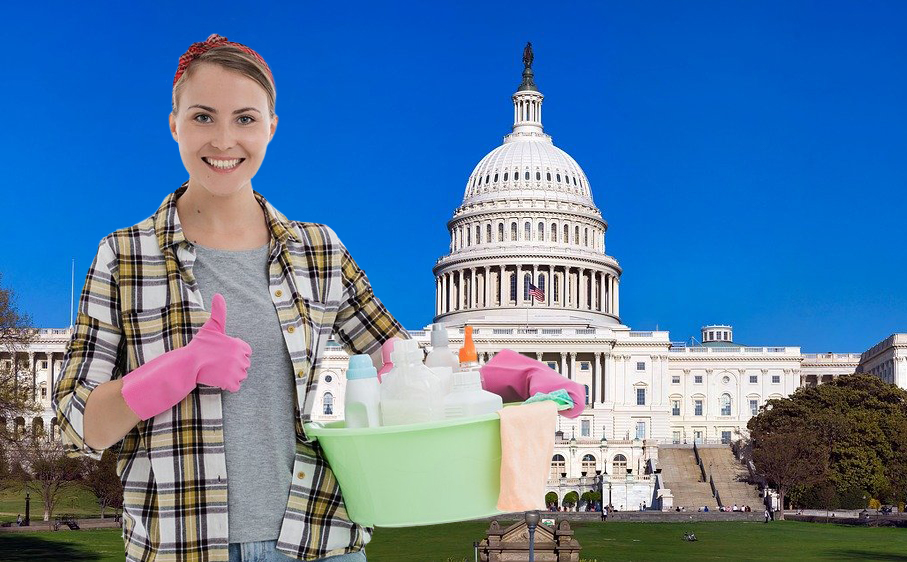 After her appointment to a historically male position of power, the #girlboss in question was left to clean up the literal shards of glass ceiling that she shattered after the men around her left to got to the pub.

“No woman has ever been appointed to this high flying role until today and it is an inspiration to women and girls everywhere” said her new colleague Charles McMann. “I don’t know where she disappeared to before the celebration drinks though”, he continues; “Probably putting on lipstick in the ladies, am I right?! No but seriously, it’s an important moment for women”.

Sources say after smashing the glass ceiling the new appointee-ess (she-pointee?) was left alone in the chamber with a floor strewn in shards of glory after her male colleagues departed for what sources describe as “a cheeky half”.

With no cleaning crew in site, the woman took on the responsibility to tidy up after her own historic event. Helga Rugsnick experienced the same thing when she became the first female director of the Herring Museum in Copenhagen;

“Of course the glass smashing was very fun but no one ever thinks about the hazard of leaving a big stabby mess everywhere afterwards. I say everyone, I mean men. I don’t think it even crossed their minds”

No one has been able to reach the successful woman in question for comment but sources have reported hearing a soft “for fuck’s sake” echoing from the chamber.