Shock! Single woman makes it through family Christmas with only 34 questions about when she’ll be settling down 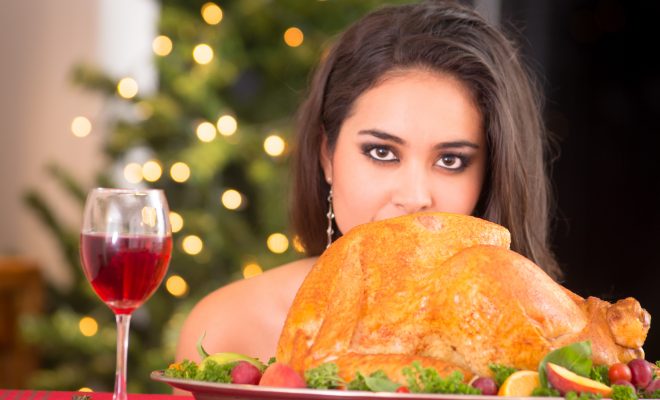 A London PR executive has been bowled over by the unconditional love and support of her family, after they managed to refrain from asking hundreds of insensitive questions over Christmas.

Molly Armstrong, 31, reluctantly returned to her childhood home for one week over the festive period, at the insistence of friends she hasn’t seen since high school and family she’s hidden on Facebook.

“It’s nice to be home for about three hours, but it doesn’t take long before the questions about marriage and kids start,” said Molly, whose romantic life has remained firmly lukewarm since it first started in 2002.

“They start off fairly innocuous but the serious interrogation starts two or three days in,” she said. “That’s when I start wishing I’d spent Christmas alone in my flat, getting drunk on prosecco and filling my face with various cheeses.”

However, this year marked a staggering change in tradition as Molly’s nearest and dearest managed to keep their inane questions to a minimum – 34 to be exact.

“I just can’t believe it,” said Molly, with tears in her eyes. “Every year I’ve gone back to London in the depths of an existential crisis, but this year, I think it might just be crippling self doubt. It truly is a Christmas miracle.”

When asked why she thought the questions had been in relatively short supply, Molly admitted there had been something to distract the family.

“My sister brought her Maori boyfriend back for Christmas and they had far more questions for him than they ever had for me. My mum even asked him if he’d do the haka, poor guy.”