Fraud! Woman with ‘nothing to wear’ on night out actually owns 25 dresses, 30 skirts and 45 pairs of shoes 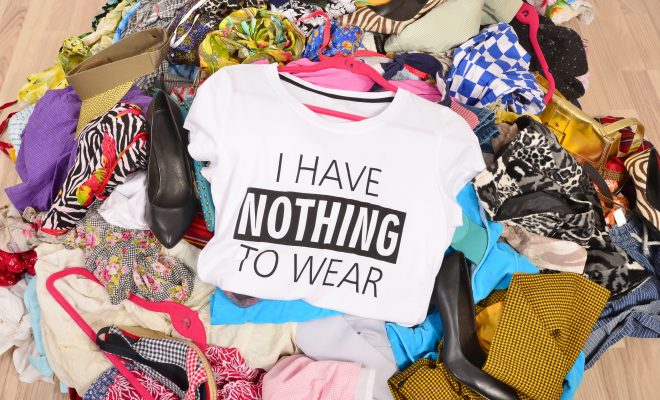 A Birmingham woman who consistently says that she has “nothing to wear” actually has a fully stocked wardrobe and two chests of drawers rammed full of clothes.

Anna Steele, 32, was discovered minutes before a night out, sitting on her bed in a towel, surrounded by clothes, with Whitney Houston’s ‘I Have Nothing’ playing in the background.

“Clothing is an expression of individuality,” she explained. “Having the right outfit makes me feel confident in myself. Unfortunately, expressing yourself as an individual actually involves having multiple items of clothing, and when I say multiple, I mean fucking loads.”

“You need to have enough clothes to fully express your own unique spirit, without compromising the individuality of other women. For example, I bought these shoes recently but now I can’t wear them, because I realised that the heels are similar to the heels of the shoes that my friend Jenny wore to a party in 2009. I wouldn’t want Jenny to think I was copying her fashion style.”

Sources close to Anna revealed that she has been shopping every Saturday for the last four years.

← Previous Story Gateway to hell discovered at London Primark
Next Story → Retro! Trendy anti-vaxxers are bringing back these vintage diseases