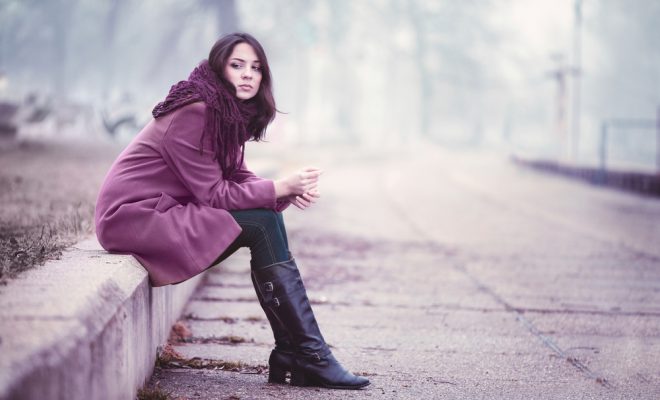 After an eleven-day stint on the run,  a missing 16-year-old girl from Tiverton has returned home.

Kayleigh Morris was reportedly found by her parents, Debbie and Steve, hysterically crying as she set fire to a large pile of her own campaign posters in their front garden.

After a press conference last Thursday, increased media attention demanded further distribution of the missing posters beyond the Somerset and Devon area. Kayleigh was in Fleet service station when she first saw the image.

“I thought it was a joke” she commented. “I have 137 profile pictures on Facebook they could have chosen from.”

The photo used was allegedly chosen by Kayleigh’s mother, Debbie. It showed Kayleigh just months earlier, on a family holiday in Corfu. Kayleigh wears a white linen kaftan and a beaded necklace. Debbie has since commented that she “honestly thought it wasn’t that bad”.

“They knew I’d come back when I saw it.” Kayleigh remarked. “My nose looks massive and I didn’t even have concealer on. I just feel so betrayed.”

When asked if she’d be remaining with her family, Kayleigh conceded that despite feeling so bitterly let down, “the photo was at least in black and white. I appreciate them putting ‘Inkwell’ over it, because it’s my favourite Instagram filter. But sometimes, a filter’s just not enough.”

← Previous Story “But I’m a dragon fruit!” Why this spiky woman is lashing out against traditional fruit-based body shapes
Next Story → Local twat at social gathering frozen in terror six months after being asked to explain rape joke