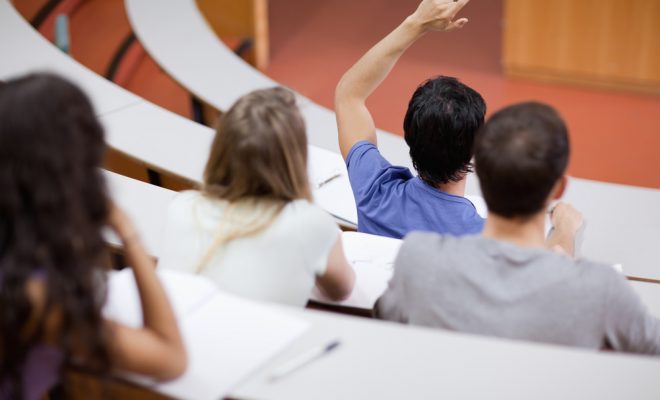 A central London university is rolling out a course in human anatomy after complaints from female students that their male peers clearly have no idea what or where a clitoris is or how to tease it effectively.

The module, mandatory to all males in their fresher year at University College London, will start with a term dedicated to the sexual organs.  Lectures will cover such topics as vaginal stimulation and the whereabouts of the G-spot, as well as how to correctly stimulate an areola and not just grab at a boob as if it’s a doorknob.

“It has become clear that, while we offer one of the most highly rated university experiences in the country for young men and women alike, our female undergraduates are having terrible sex almost across the board,” said a UCL spokesperson.

“We want to ensure that the teachings of our great university don’t just end at the doors of the lecture hall,” they continued, “and instead go all the way to the bedroom.  Or wherever our feisty freshers choose to copulate – as will be covered in term two.”

The reading list will not include such classic tomes as the Kama Sutra, instead focusing on secondary school textbooks as well as, in term three, works by Anaïs Nin and John Cleland.  There will reportedly be an amnesty on copies of 50 Shades of Grey at the door.

Besides this, there will be after-hours evening sessions where the man-sized boys will be shown how to approach women in public without coming across as speaking scrota.

← Previous Story Being told “smile, it might never happen” is secret key to true happiness
Next Story → “I can explain. We live in a post-truth world now.” Lying man gets out of doghouse thanks to global zeitgeist