Woman slathering yoghurt all over genitals not, in fact, a thrush sufferer, just a yoghurt lover 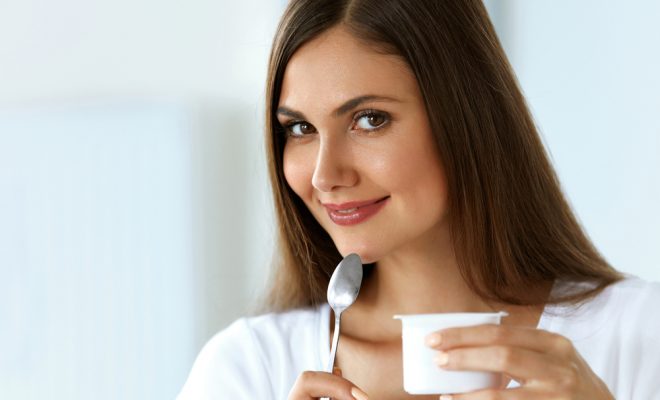 A woman from Chichester has gone viral after a photo of her in the dairy aisle of Tesco mindlessly smearing Petit-Filous over her ‘private area’ surfaced on social media.

Lynne O’Neill, 38, was disturbed when Twitter trolls started to call out the photo as “disgusting” and “unnecessary”, but has explained that she was more troubled by the well-meaning women defending her honour.

“They came out the woodwork saying all sorts of ridiculous things like ‘leave the poor woman alone, she clearly has thrush!’ and ‘how would you like it if your genitals burned constantly for 72 hours?’” Lynne continued, “I didn’t know what they were talking about. I’ve never had thrush in my life. I just absolutely bloody love yoghurt.”

Lynne has explained that the unusual habit emerged after she first saw a TV advert for Danone, in which the actress appeared to be having a full-blown orgasm. “Her moaning became so synonymous with the bacterial fermentation of milk, that the only reasonable next step seemed to be literally coating my vagina in it.”

When asked if she had a preferred brand, Lynne told us she doesn’t have favourites but she’d definitely go for “anything that’s not Müller”. When pushed further on this issue, Lynne turned ashen-faced and stated she wasn’t ready to talk about it just yet.