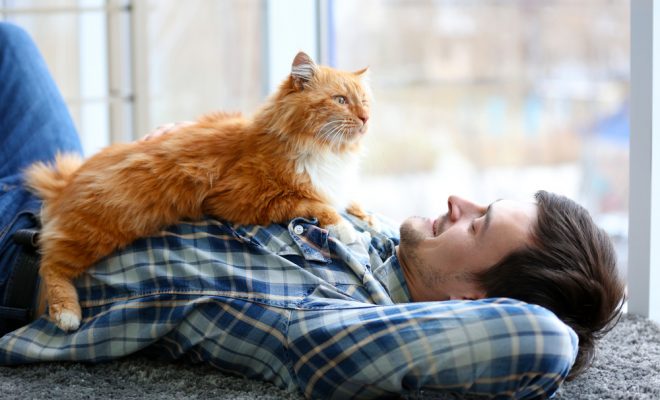 A Bolton man has been reunited with his beloved cat after two long years of searching. Jack Campling, 23, was ecstatic to find that after two years of wolf whistling, ‘oi oi-ing’ and general verbal abuse, he can finally get his life back on track.

“She just walked out one day, without even eating her dinner. At first, I put posters up around the neighbourhood, but there was no response. So I did what anyone would do. I quit medical school and applied for a job on the construction site.”

It didn’t take Jack long to settle in with the lads.

“It was a surprise to me that we had a lot in common – everyone else on the site seemed to be looking for their cat as well! We were shouting at and berating any woman who would walk past, because they tend to know where cats are. It’s like we were Fathers for Justice or something up there, except no one would ever want to have children with us.”

Jack admits that there were initially some communication issues.

“It didn’t help that I named my cat ‘Sexy,’ I’ll hold my hands up to that. ‘Here, Sexy!’ ‘Oi oi, Sexy?’ Most girls just didn’t want to know. But to be honest, I’m just relieved that my other cats ‘Marry Me’ and ‘You Slag’ hadn’t gone missing. That could have been embarrassing!”

Sexy eventually wandered back into Jack’s garden of her own accord.

“She must have heard me from the building site! I mean, it’s a 20-minute drive from my house, but that really is the only explanation.”

But does Jack regret calling time on his promising career in medicine to find his beloved pet?

← Previous Story How to crop your ex out of your Tinder pics, unlike the memories of his betrayal
Next Story → Premature election makes big sexy mess