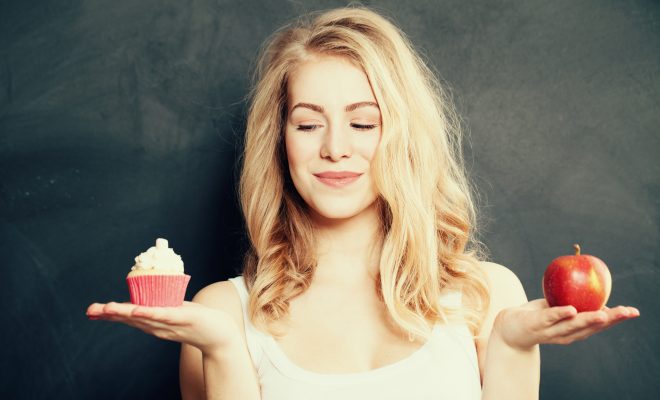 We’ve all been there; you go on a diet intending to drop a few pounds, but it’s not long before you find yourself dropping a double bacon cheeseburger, a slice of chocolate fudge cake and an entire packet of Doritos into your mouth instead.

Here are three diets to very quickly give up on, because mmm… pizza…

Christine Middleton, 24, tried the Paleo Diet®, a diet based around consuming foods that would have been eaten by our Paleolithic ancestors.

“Eating the way people ate in caveman times is supposed to make you live longer,” explained Christine. “But the average life expectancy of a caveman was 30 years, so I guess that gives me six years to live. And if I only have six years left, I may as well enjoy them, right?”

“Excuse me a moment. Hello, is that Dominos?”

Tina Player, 32, went on the 5:2 diet, which involves fasting for two days of the week.

“I went on the 5:2 diet because it seemed more achievable than other diets,” said Tina. “You can eat as you normally would for five days and only have to starve yourself for two. Fun fact: if you add five and two, and then take away seven, you’ll get the number of days that I managed to stick to this diet.”

Julie Brimmer, 26, from Suffolk tried a lemon water cleanse, a diet that aims to detox the body by substituting actual solid food with copious amounts of slightly bitter water.

“I’ve been on the lemon water cleanse for two weeks now. I now no longer use calories to give me energy, and am instead fueled purely by hanger. My friends keep telling me that I seem snappy and irritable, and many of them have stopped hanging out with me because I’m so bitter. But if we think about how much each friend weighs, I’ve lost about ten times my own body weight, so it’s definitely working.”