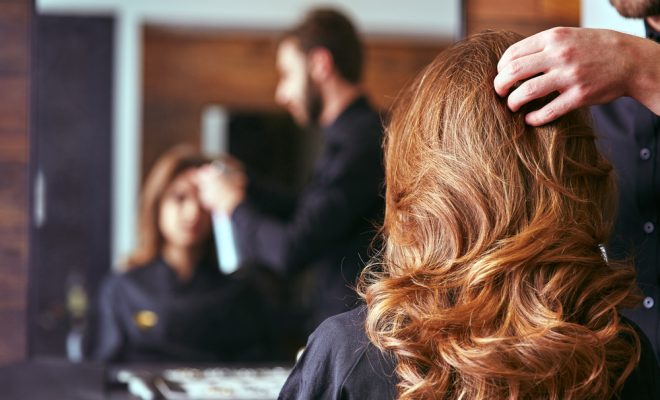 A Leeds hairdresser is being praised worldwide this week after a first-time client confirmed she had received the exact cut and colour she’d asked for.

“I can’t believe it,” said Jade Summers, 26. “I took in a photo of the style and colour I wanted and that’s actually what I got. It’s a miracle.”

No stranger to salon anxiety, Jade says she’s had to put on a brave face several times in the past.

“I was all ramped up and ready to give her the fake smile while swallowing my tears, but I didn’t even have to,” she told reporters, many of whom had travelled from overseas to hear the unbelievable story.

“I didn’t know what to say,” continued Jade. “Normally I tell the hairdresser I love it while desperately trying to look away from the mirror. This time, I actually did love it. I was speechless.”

Incredibly, thanks so some form of witchcraft or wizardry, Jade even knows what the back of her new ‘do looks like.

“When she held the mirror behind me, I could even see the back properly,” she said, amazed. “And it’s exactly how I wanted it to look!”

Stacey Masters, 31, the superstar hairdresser behind Jade’s new ‘do, explained how she achieved the look.

“Sometimes clients tell me what they want, but I think something else would look better on them, so I do that instead. This time, I couldn’t think of anything, so I just did what she asked for.”

Jade says the salon is now inundated with requests from exasperated women who have been coerced into highlights, pixie cuts and even heavy fringes.

“There’s a few women camping out front because they’re so desperate to get what they actually asked for,” said Stacey. “I wish I’d thought of this earlier.”

← Previous Story Winter wonderland! Woman looking forward to growing her armpit hair into a lush forest
Next Story → Becky actually happy with lipstick she was bullied into buying at MAC counter