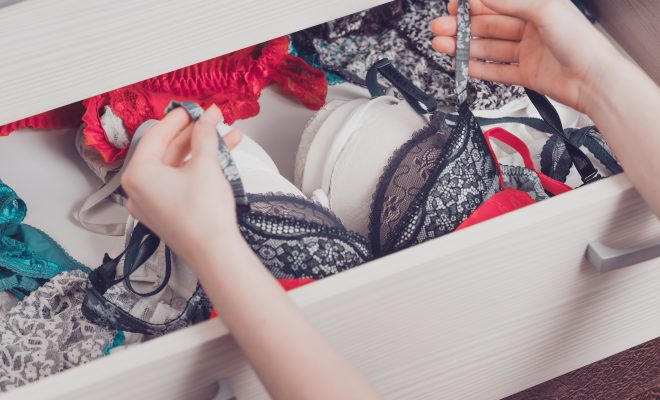 Celebrations have broken out across the UK, after a team of scientists confirmed they have cracked the secret to a sexy, plus-size bra.

“It may seem like a small victory to some, but we feel it’s an important discovery which brings our large-breasted sisters one step closer to bright colours, soft fabrics and sufficient support,” said Jennifer Gardener, 43 lead researcher with Project Sandbag.

Launched in 2009, Project Sandbag is an ongoing initiative crowdfunded by women around the world who, incredibly, are both large busted and averse to beige.

“I thought I was the only one, but it turns out there are thousands of us with big boobs who also want to wear nice underwear,” said Sally Peters, 27, who launched the crowdfunding campaign.  “Looking at high-street stores, you’d never know.”

Sally once had a very public meltdown in her local shopping centre after the only store catering specifically to women with bigger boobs had just one style in her size: beige and bland with big straps.

Sadly, it’s likely to be some time before the discovery reaches the average busty Brit; according to Jennifer, the technology required to manufacture sexy, plus-sized bras remains cutting edge and comes at a steep cost.

“Because the technology is still in the development stages, it’s highly temperamental and takes extremely skilled technicians to operate it,” she explained. “Realistically, we expect the first line of sexy, plus-size bras to retail at around two to three bazillion pounds. Give or take.”

Unsurprisingly, the news has stymied celebrations somewhat with many women tearfully collecting the remnants of their hastily discarded bras.

← Previous Story Toenail excited to fuck up your tights
Next Story → Four whimsical Christmas jumpers which will hide your cold, dead, soulless interior