Woman concerned her work persona might actually be the real her 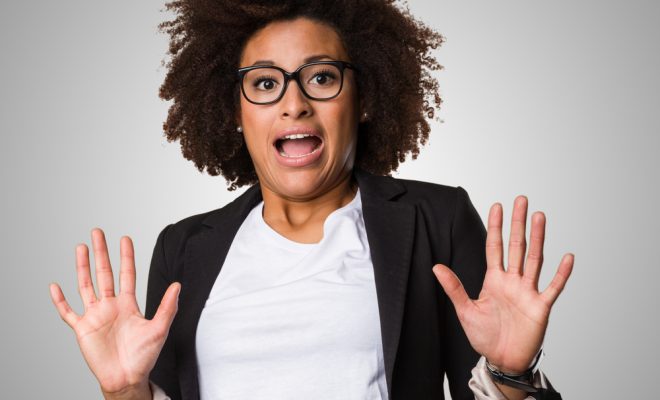 A Birmingham woman was forced to take a long, hard look at herself yesterday when a colleague asked how long the monthly team meeting would go on, to which she responded by chuckling: “How long’s a piece of string?”

Sales consultant, Emily Norris, 29, also realised she had tagged Kelly Bright, 34, who sits two desks to her left, in over 20 Facebook memes, and had sincerely told a colleague she was looking forward to the B2B Enablement Conference.

“I think I first noticed something was wrong when I started pressing nine before making any calls from a landline, even when I wasn’t at work,” explained Emily.

“Not long after that, I had to change my name on all my social media profiles. My colleagues had started to add me, and they’d all been calling me Emma for the past six months. I just didn’t want to embarrass them.”

“I thought I was managing the two different parts of my life quite well,” she continued, “but it came to a head one night when I asked my boyfriend to ‘think outside the box’, when he suggested cottage pie again for tea.”

“All I’d wanted was a little blue-sky thinking, but he broke down. He said that wasn’t me talking, it was my PRINCE 2 management diploma. We talked a lot, and he claimed he just wanted the real Emma back. I didn’t have the heart to remind him I’m actually called Emily.”

Claire Wetton is a TV, radio and online comedy writer, and was named on the 2017 BBC Talent Hotlist, a fact she likes to shout at strangers, should they be foolish enough to accidentally make eye contact. Her all-time favourite pastime is having men explain comedy to her.

← Previous Story Everyone secretly hoping Megan, who has her shit together, is absolutely fucking miserable
Next Story → Work Christmas party actually not as wild as that one rogue Wednesday in March