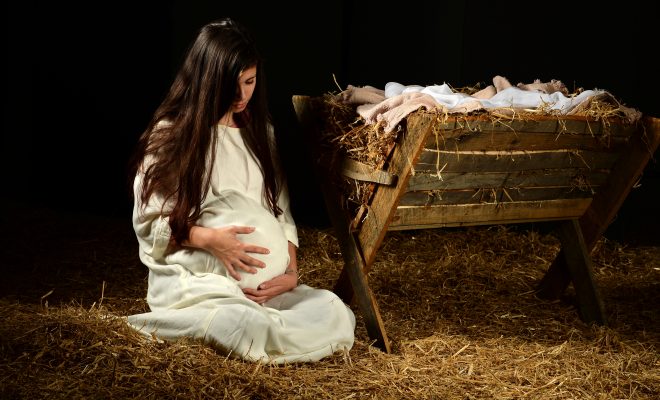 It was a Christmas dream come true for some expectant mothers this week. It’s every girls dream to relive her favourite Christmas films, but some mothers, who couldn’t afford private healthcare, really hit the jackpot when they realised they would be following in the footsteps of glitzy christmas superstar, Mother Mary.

As beds ran out at Newport Pagnall General Hospital, women began to get turned away.

“There really is no room at the inn,” said overtired receptionist, Lynn, wryly and to nobody in particular, upon hearing of the shortage the government announced new plans for alternative birthing wards.

“We are a Christian country and we need our healthcare to reflect that,” announced Prime Minister Theresa May. ‘That is why there will be a donkey shuttle from the affected hospitals to a nearby stable, where mothers will be able to deliver without medical supervision, but surrounded by a range of farm yard animals.”

When asked about the risk of infection, Theresa pointed us in the direction of a viral Facebook post from the group only children raised in the ’60s and ’70s will remember these things….

“My best friend was a rusty nail and we always hung around the TB hospital- after dark!’ She explained. “It never did us any harm.”

Doctors are warning that the new plan may lead to increased post-natal hospital, admissions but May responded by explaining that they would just have to find more barns to house them all.

“I’m practicing what I preach, and putting the stable into strong and stable,” she concluded.

← Previous Story Flaky woman finally arrives on time to discover friends are all dull when sober
Next Story → Oblivious! Straight white man still has energy to rant about trivial nonsense