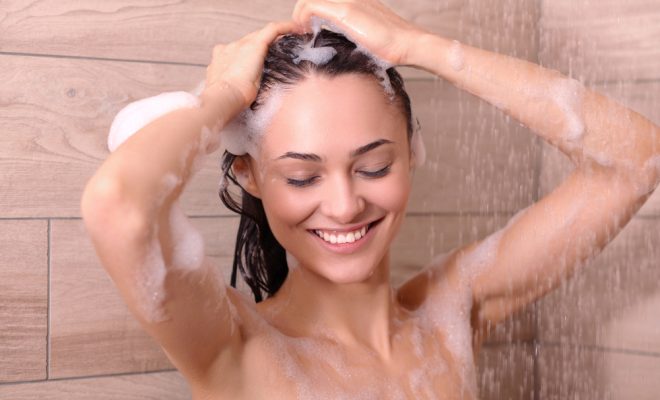 A Bristol woman was startled to find this morning, as the shower transitioned from absolutely shitting freezing to quite tolerable, that she had entirely lost her place in her daily alternation between her housemates’ shower gels.

Since finishing her last bottle of Sainsbury’s Smell the Difference Ylang Ylang and Artichoke Blossom the previous June and having had to take a small amount of housemate Laura’s, Lucy Whitslow, 23, had been applying an increasingly precise rota as to which gel to thieve from.

With only three housemates – plus Josh’s girlfriend Manita, who after two years has yet to pay rent –  Lucy feared that a standard four-day cycle might be too easily detected.

She consequently developed a system based on the square root of 94, her menstrual cycle, and which housemate had left too many tea bags in the miniature bin next to the kettle in the last 24 hours.

“I really enjoy the third Tuesday of every month,” said Lucy, “as then I allow myself some of Laura’s coconut Lush soap that she keeps sheathed in its original packaging next to her standard Radox.”

“Sneakily unfolding the purple paper gives me the ecstatic rush that neither my soulless IT job or erotically underwhelming casual sex partner, Jason, have ever managed.”

Lucy even found herself chain smoking in the bathroom after showers so that no one could sniff out her crimes, and now experiences chest pains after walking up stairs.

“Keeping a lighter in the bathroom also means that, should anyone become suspicious, I could, within moments, set the shower curtain on fire, thereby causing an ingenious diversion” she explained. “It’s the perfect crime.”

← Previous Story Becky actually happy with lipstick she was bullied into buying at MAC counter
Next Story → Ask Deliciously Stella: How can I help my ugly friend?