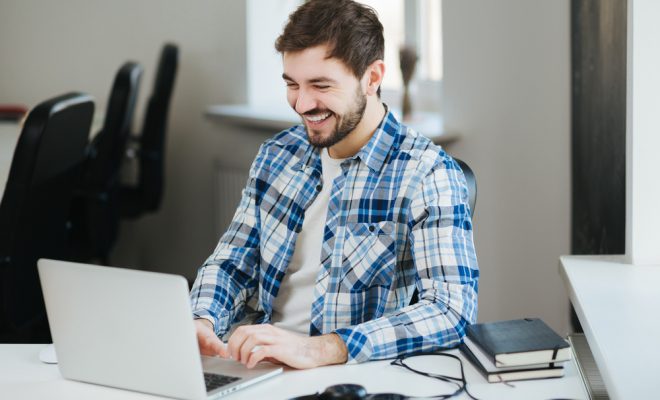 A man from Shrewsbury has been celebrating after single handedly proving feminism “wrong”.

Adam Folkes, 35, was uncharacteristically modest about his achievement saying. “It’s really only took a couple of tweets and a reply on Facebook, and there goes 200 years of feminism. I’m surprised no one had done it before, really.”

Adam is being lauded as a hero after managing to undermine the entire women’s movement by pointing out certain inconsistencies amongst the almost four billion women on the planet. His first step was to post an article online, which, despite be written by a women, criticised another woman, with the comment. “So which is it?” #makeyourmindupfeminazis.

Adam described how he first came to realise that gender equality was fundamentally flawed: “So, like, this F1 grid girls thing, I had this woman on Facebook saying it was a bad thing because it objectified women, but then I heard an interview on the radio with another woman who said being a grid girl had been her choice and had been a good experience for her. I mean, which is it? Pick a side ladies.”

“It all went from there, really,” explained Adam. “This woman at work who is a feminist and my sister, Sam, who reckons she’s a ‘feminist’, though I doubt it ‘cos she wears makeup most days, anyway, they had totally different opinions on the exact same subject.”

“I’m sorry, but how can you expect equality when you can’t even agree on everything? Clearly this whole feminism thing is a load of bollocks”

When asked about how he felt about his crushing victory, Adam said: “Don’t get me wrong, I like women, but the problem with feminism is when they complain about something a man has done, they don’t always make it clear that they are not talking about every single man. We’re not all the same, #notallmen, but try telling that to them. Some agree with you and some don’t. There’s no dealing with them.”