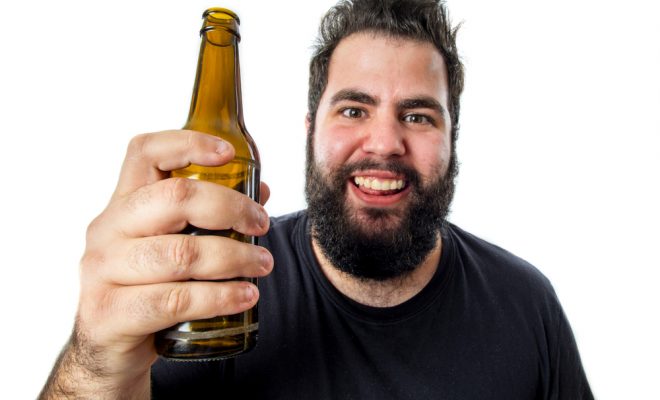 A Shropshire man shocked friends at an open mic night, when he revealed he was going to step out of his comfort zone and give stand-up comedy a try.

David Thomas, 33, an engineer with no previous performance experience, made the revelation having seen a tight five-minute spot performed by a university friend, Lucy Smith, 32, a regular on the local circuit.

When a nervous Lucy got off the stage and earnestly asked her friends “was that OK?”, Dave was quick to reassure her that it was, before explaining where and why some of the jokes had fallen slightly flat.

“I never thought it was something I could do,” said David wistfully, as he sipped his third pint, “but tonight made me realise that if Lucy can do it, I definitely can.”

“I don’t usually find women funny, but to give credit where it’s due, she did get a few laughs. With a bit of tweaking, that could be a really enjoyable set.”

“I’ll definitely do a spot next week. There’s loads I could do material on. Soy milk – everyone at work’s drinking that! Madness! And don’t even get me started on the tube strikes,” he chuckled to the others at the table.

“I’ve got a couple of really good classics as well, mind you, couldn’t perform them in front of the PC brigade.”