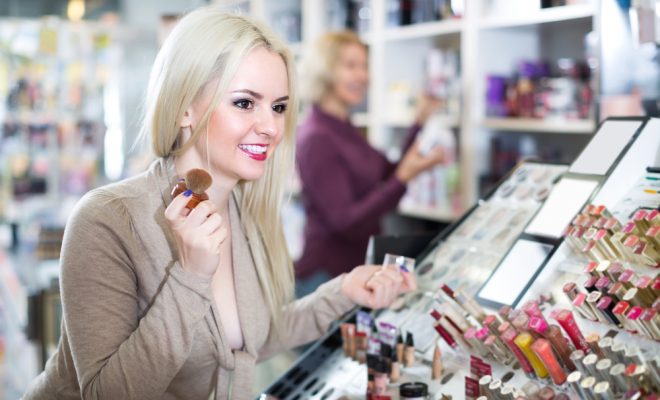 A new study has found that those working at concession stands within your favourite department stores and cosmetic shops are simply well-meaning makeover enthusiasts and may actually “be really nice once you get to know them.”

The news has come as a relief to those struggling with a phobia of running the makeup-counter-filled gauntlet between the ‘scarves and handbags nobody wants’ section to the ‘I guess these clothes are sort of for young people if you take off your glasses and squint’ floor.

Rosie Gee, 29, a solicitor from Sunderland,  is currently undergoing an intensive, six-week course of hypnotherapy to overcome her fears.

“It began in my mid-teens, when one of them encouraged me to buy white eyeshadow and frosted pink lipstick. I stuck with it for years, and was to scared to return, but I realise now that, for better or worse, the ’00s have ended. I have to move on. My fear of makeup counter salespeople is the only thing holding me back.”

Though clearly far more organised and in control of their morning routine and self-maintenance than the average human being, Amelia Pollard, 28, a makeup artist in Manchester, insists counter workers “don’t judge you.”

“Have you ever tried to strike up a conversation with someone who’s ‘just browsing’?” asked Amelia, welling up. “We genuinely just want to make people look better, like Tyra, or those guys on Queer Eye.”

“Hopefully these new findings will make the cosmetically challenged find us more approachable. Then they’ll buy more,” Amelia shared. “I work on commission, you see.”