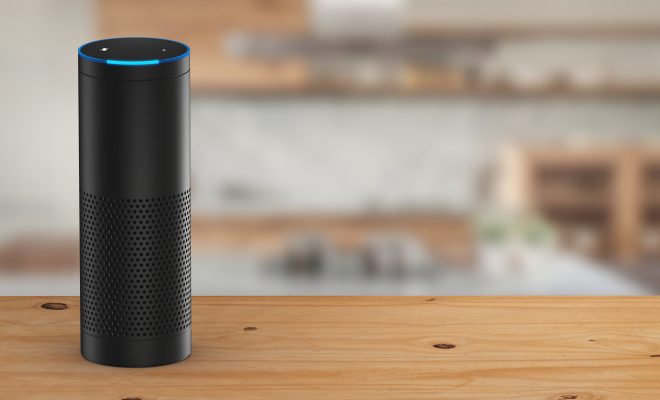 A Leeds woman has acknowledged that her Amazon Echo speaker, while not a fully conscious being, had nonetheless brought the number of family members who don’t listen to her to a total of five.

Sara Bridgewell, 35, had been conditioned by sitcoms and her grandmother to never deign to expect her husband, Patrick Bridgewell, 35, to take heed of her hopes, beliefs, or direct instructions. She had, however, held out some hope for an inanimate object specifically designed to obey vocal commands.

Sara pointed towards the infant asleep on her chest: “When I went on maternity leave, I looked forward to no longer hearing men repeat my ideas word for word.”

“But yesterday, I asked ‘Alexa, what’s the weather like?’ fifteen times with no response. In the end, my eight-year-old son got impatient and took over. It bloody told him about the rain coming in from the east, didn’t it?”

“Sara just needs to be a bit less shrill. Alexa needs a calm, firm tone,” pitched in Patrick.  “And Alexa can’t always pick up over noise, so Sara might have to get the kids to quiet down a little when she uses it. For example, yesterday the boys had turned on Alexa’s music function and were jumping around on the sofa to NWA’s She Swallowed It.”

“While it’s a favourite of mine, Sara isn’t such a fan. She couldn’t quite get Alexa to detect ‘TURN THAT OFF’ over the sound of the boys joyously singing ‘I couldn’t pay the bitch to quit’.”

Sara responded to Patrick’s advice, saying: “I defy anyone to ‘quiet down’ three young boys without becoming just a little bit shrill. Oh, hold on a minute, it’s playing that bloody song again. Alexa, turn it off! Turn – it – OFF!”

“I’ve got this – Alexa, turn the music off,” Patrick stepped in. His request was, unsurprisingly, immediately obeyed.

“Yesterday, I overheard Sara asking ‘Alexa, how much is a divorce?’ but thankfully the speaker is only trained in basic command and response, and not in complex legal matters that Sara definitely couldn’t afford if she tried. Phew!”

It was later determined that Alexa could not interpret the sound of manic sobbing.

← Previous Story Did your friend finally text you back or is a Colombian phone thief attempting to extort you?
Next Story → Three adorbs baby photos that will one day be used against you in an emancipation suit