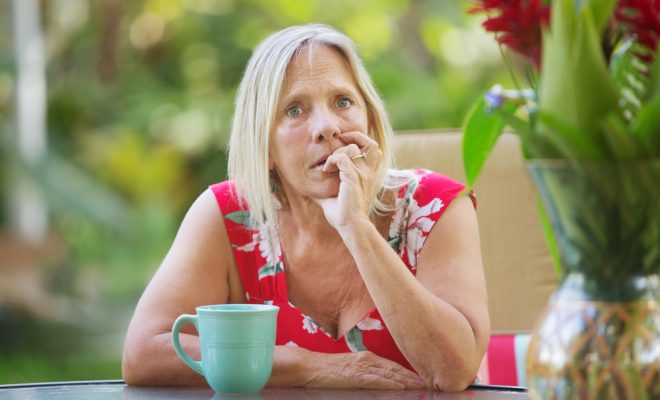 A Cheshire mum was spotted today giving her daily fire safety briefing to her husband and children.

Despite thinking that electricity is “like lightning, but in a wire,” Jane Phillips, 53, formulated a list of apparently arbitrary rules for how power sources in the house could be used.

Striking an extra-long match and using it to light a series of ‘linen’-scented tea lights and a glass hurricane lantern, Jane went on the explain: “It overloads the electricity and it will explode. You should never use all the plug sockets on an extension lead – two of them are decorative.”

She went on to add anecdotal evidence: “There was a picture on Facebook; a girl slept with her phone under her pillow, it caught fire and she lost her ears. That is why I have banned pillows in the house.”

Speaking from her university halls, Jane’s daughter, Abby Phillips, 20, said: “For mum, it’s not enough to turn a plug socket off at the wall, it also has to be unplugged. Adding to that the fact that she’s put all the pillows in a fireproof safe, so nobody can sleep, and that there’s nowhere to charge my laptop or phone, I reckon I stand a better chance of passing my exams if I stay in halls for the Easter holidays.”

When asked what she though of the long-haired cat, Ryan Gosling, becoming heavily singed after wafting his tail against a floating lotus candle, Jane was quick to brush it aside.

“We put him straight out. He wont make that mistake twice,” she chuckled, ignoring the fact that this was the fourth time this week Ryan had set himself alight. “Anyway,” she concluded, opening the window to remove the smell of warm cat: “candles are important for atmosphere.”