Sarah’s first vlog not as bad as everybody had hoped 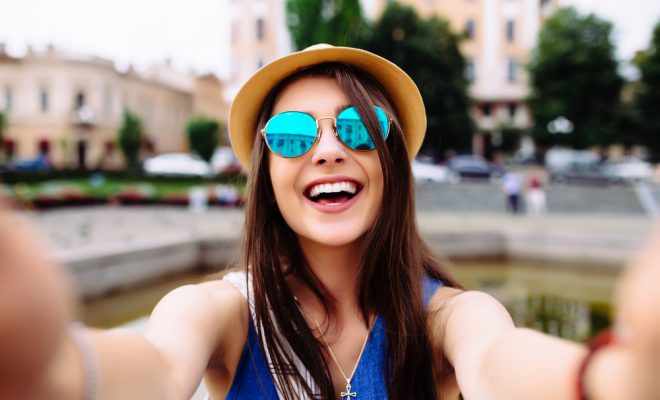 The inaugural instalment of a Wiltshire woman’s YouTube vlog has been heralded as “alright, actually” by several Facebook friends, according to recent reports. Sarah Tollman, 25, uploaded her first video last Thursday and has already amassed 116 views.

“The feedback has been overwhelming,” said the rising star. “People have been coming out of the woodwork non-stop to tell me how OK it was.”

Here’s what people have been saying so far:

“I’d clicked on hoping to find something truly embarrassing, but instead found that Sarah had clearly put numerous hours of decent work into this. Severely disappointing.” – Polly Twaine, 24, close friend.

“I found myself almost laughing sincerely at one point, which is exactly the moment I stopped watching. I just didn’t know how to handle it.” – Laura Blowers, 31, flatmate to Sarah’s sister.

At one point in the video’s 14-minute run time, Sarah uses an ambitious cross-fade as opposed to the more typical jump cut.

“When the cross-fade came in, that’s when I knew I was watching something unfortunately not terrible,” said Chris Phillips, 25, who spoke to Sarah once after a seminar in their final year of university.

The video, entitled ‘MY FIRST VLOG!?!?’, featured Sarah in her bedroom explaining the reasons behind her “vlog journey”, with multiple cameo appearances from her pug, Isaac. Future plans for the series involve filming from inside her car, filming a montage of her gym regime and filming a reluctant boyfriend (hypothetical).

The vlogging channel is a spinoff from Sarah’s long-running blog, sarahsaysit.wordpress.com, where she has been writing adequately about wide-reaching topics, from her attempts at vegetarianism to “the joys of working in retail”.

“It’s hugely exciting to now bring everyone along on the crazy road that is my life in such a fresh, surprisingly tolerable way,” Sarah said of her transition to video content. She is currently working on her next vlog, in which she plans to humbly respond to the staggeringly humble response her debut has garnered.

“I’ll probably give it a ‘like’, but I doubt I’ll actually watch it,” said Sarah’s mother, Tina Tollman, 55. “Apparently the new intern at the office has just made an insufferable makeup tutorial series, so I’ll be tied up with that for a while.”