Study shows that we don’t want to hold Karen from finance’s newborn. Not now, not ever. 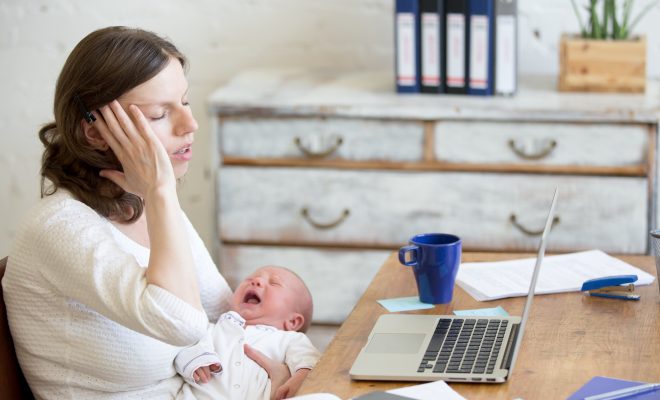 A groundbreaking research project has conclusively proven that we don’t want to hold Karen from finance’s newborn. Not now. Not ever.

Dr. Louise Symonds, 34, who led the study, confirmed that tests have shown that everyone was actually quite happy when Karen Roberts, 29, went off on her maternity leave, mainly because she kept calling it “mat leave”.

“It was if she believed that dropping the extra syllables would give her more time off,” she explained. “Initially, we thought people would be interested in cradling someone’s newborn, even though they’ve only spoken to them once via email to chase an unpaid invoice. But, when Karen arrived and began spouting baby talk to everyone and asking them to give her clammy newborn a cuddle, it was a positive no.”

“I can’t believe no one is impressed with my tiny miracle of nature” said Karen, as she knowingly dropped in to work on the busiest day of the year. “I thought everyone would jump at the chance of holding the thing I produced from my chuff.”

Karen’s colleague, Kelly O’Brien, 31, said: “I’m not surprised at the results. It’s nothing personal against Karen; babies are just really boring people. They’ve not lived yet, they’ve got no story to tell, so I simply don’t care. If she had given birth to a puppy, then maybe I’d be interested.”

Nikki is the host of the podcast Macabre London and the author of the book Making Steampunk Jewellery. Charcuterie is her spirit animal and Bob Ross is her valium.

← Previous Story Adding “I’m only messing” doesn’t make what you said any less offensive, Susan
Next Story → Inspiring! This woman turned a ‘duvet day’ into a ‘duvet lifestyle’