Betrayed! I thought he was the one but then he told me he’d once been a contestant on Take Me Out 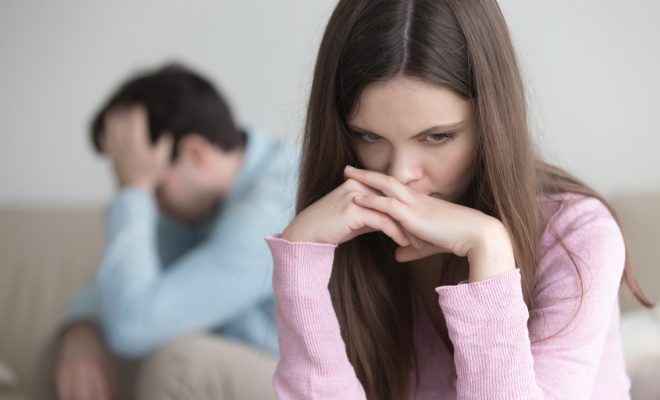 I first met Barry at this bar that my friends and I go to a few weeks ago. He was handsome, funny and full of great stories. We hit it off immediately and began spending all our free time together. Then, last night, as we lay in his bed in his mum’s house after having a respectfully quiet banging session, he said he had something to tell me. Was he married? Was he not really that into me? No. He told me he had once been Barry from Preston on series one of Take Me Out.

I reacted like anyone would at first by thinking I was about to be sick but I kept my cool. This wasn’t going to ruin us. We were stronger than that.

“It was just a bit of a laugh, wasn’t it. This decent blonde girl kept her light on for me too, who was actually trying to get into TV presenting and she already had a fiancé and that but she was trying to get some exposure on the show, so…”

Barry then proceeded to tell me about how much fun the Isle of Fernando’s was and how, even though he comes across as a prick, Paddy McGuinness is actually a top bloke and every bit like his TV persona.

“I’ve got it recorded if you want to see it?” He said.

We then sat and watched as Barry came down the fucking love tunnel or whatever it’s called to the sound of The Cheeky Girls (his choice, apparently) whilst he did the Saturday Night Fever dance, announced that “all the girls look lovely tonight” and that he was Barry from Preston.

It was in that moment that I knew I would never, and I mean fucking never, be Mrs Barry from Preston. So, I made my excuses, took our dishes downstairs to his mum in the kitchen and then left, into the night. And if you’re reading this Barry, I’m sorry I didn’t keep my light on for you. Actually, I’m not really. It was clearly the right decision.